BNS
Ukraine and other countries in Eastern Europe inquire about the standards in connection to MP liability formed by the Lithuanian Constitutional Court in the case of Mindaugas Bastys, says the court's president Dainius Žalimas. 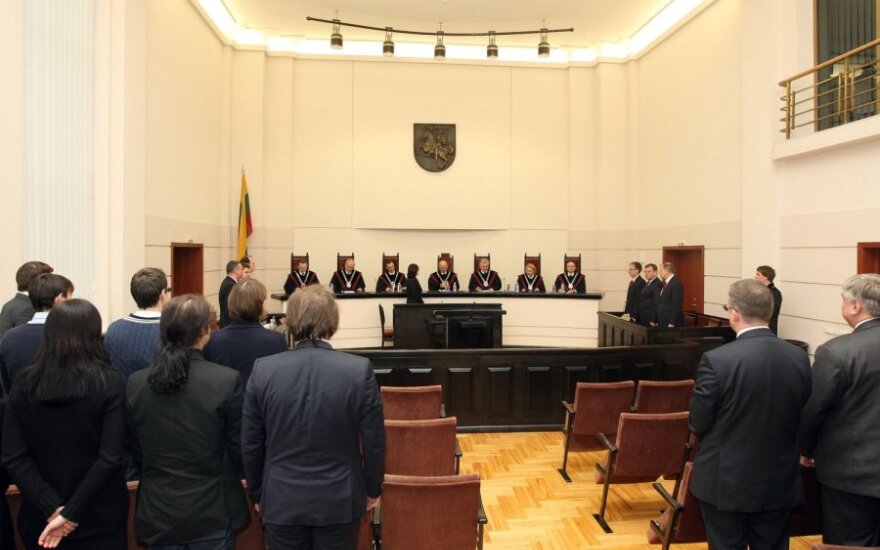 "It is a rather frequent phenomenon in Ukraine when parliamentarians do not attend meetings and are not held liable, they vote on behalf of other MPs and, of course, probably face more serious problems in the field of state secrets," Žalimas told journalists on Monday.

In his words, the Constitutional Court has made a significant finding that "fraudulent provision of information about one's connections, which may have an impact on the protection of state secrets, is inconsistent with conscientious performance of duties of an MP."

Žalimas emphasized that, under the Constitutional doctrine, "the field of state secrets is not exclusive here – status of an MP does not mean that he can regard these matters in a somewhat more relaxed manner."

Last December, the Constitutional Court ruled that Bastys had committed a gross violation of the country's main law and his oath of office by concealing ties with a former KGB employee, Piotr Voyeiko.

The parliament should Tuesday vote on revocation of his mandate.

Lithuanian MP Mindaugas Bastys breached his oath of office and committed a gross violation of the...

The dismissal of Jonas Milius from the post of Lithuania's chief veterinary officer was in line with...

The Lithuanian Constitutional Court on Thursday starts hearing a case regarding ministers' personal...

Lithuania's regulation that sets a ceiling on the amount of maternity/paternity pay does not run...

Lithuania's ruling parties to go back to individual Constitutional claim

Lithuania's ruling coalition will again propose a law on individual Constitutional claim, although the...