David Lidington, UK Minister for Europe
aA
This week the European Union imposed further sanctions on Russia. This decision followed months of destabilisation of Ukraine by Russia, and months of political and diplomatic efforts to restore peace and stability. 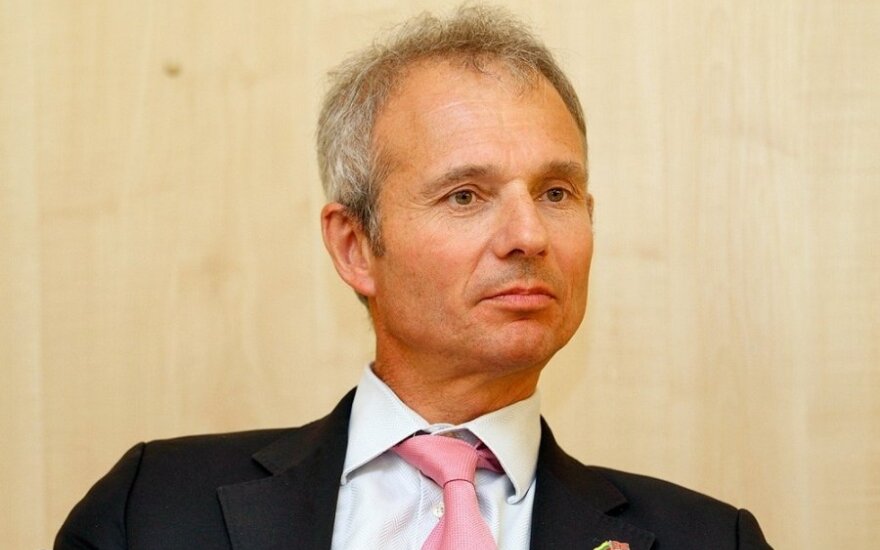 The EU did not take this step lightly. But we decided collectively that we cannot stand by, while President Putin tramples over international law and the rights of a sovereign neighbour. We cannot ignore the deaths and destruction that Russia’s actions have led to on our shared continent.

Sanctions are a critical part of the EU’s response. Not from choice, but because we believe that they are necessary, effective and timely. Let us take each in turn.

They are necessary for one simple reason: Russia’s actions in Ukraine are unacceptable. Russia refuses to recognise Ukraine’s independence and sovereignty. It has annexed Ukrainian territory at the barrel of a gun; first Crimea, and then sending its army into swathes of Ukraine’s eastern regions.

This is not an idle assertion. It is fact. We know that thousands of Russian troops and dozens of Russian tanks have been operating in Ukraine. I have heard eyewitness accounts; been presented with hard intelligence; and seen media reports.

We know from Europe’s history what can happen when an independent nation is threatened and undermined by military force. As Prime Minister Cameron and Chancellor Merkel said last week, Russia’s breach of international law cannot remain without consequence.

Second, sanctions are effective. They are clearly having an impact on Russia’s economy, which shrank in the first quarter of this year. Growth is hovering around 0%, and inflation is predicted to approach double-digits. Not a single dollar, Euro or Swiss Franc was lent to a Russian company in July. Eurobonds issued to Russian companies since the start of 2014 have dropped by an incredible 93%. The rouble has hit an historic low against the dollar. Capital flight will be around $80bn this year.

Not only are sanctions biting; but Russia’s own decision to limit food imports has pushed up prices of certain goods by over 30%, and up to 60% in some extreme cases, creating a new black market in imports from Belarus. The economic impact of this conflict can be felt by every ordinary family in Russia.

Third, these sanctions are timely. While a ceasefire was announced last week, we need to see Russia and the so-called separatists it backs hold to that commitment.

In such circumstances, it was the right decision to proceed with sanctions, while discussion of a peace plan goes ahead. We could always take the decision to reverse them in the future. But that requires a fundamental change of direction from Moscow.

The ball is in Russia’s court. It could withdraw its troops and arms, stop arming the separatists, let Ukraine conduct democratic elections in October and respect Ukraine’s sovereignty and territorial integrity. Russia is a major power; it should live up to its international responsibilities.

The other option is continued meddling in Ukraine. Which would mean further violence, needless deaths and more hardship in the region.

The choice is with Russia’s leadership. I sincerely hope it avoids the needless escalation of economic measures, and the equally needless isolation of its own people.

As I discussed with Ukraine’s Foreign Minister Pavlo Klimkin at last week’s NATO Summit, the people of Ukraine deserve the support of the global community at this critical point in their history. And we all deserve a future of shared prosperity and stability.

They're training 10 to 15 hours every day, with the possibility of joining Ukrainian government...

After a week's delay, the European Union has declared a new set of sanctions on Russia .

As the winter approaches and gas consumption is set to rise, several EU countries - Poland , Slovakia...