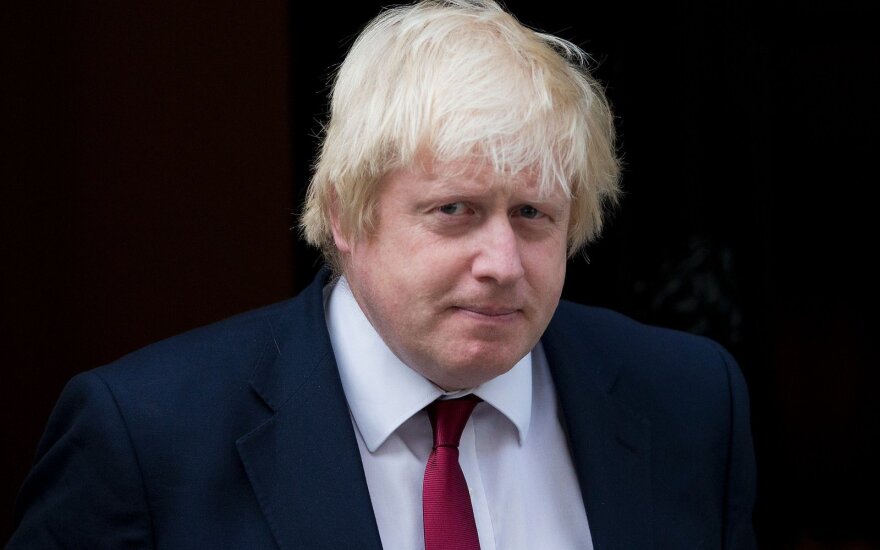 The British foreign secretary said that he had warm memories of his visit to Vilnius in the past and expressed his wish to visit Lithuania again, it said in a press release.

The two officials discussed bilateral cooperation and the security situation in Europe and its neighbors.

"Today Europe is facing new security challenges. The use of military of force against neighboring countries, blatant violations of international law, terrorism or an organized propaganda campaign aimed at breaking the unity of Europe --- these and other challenges call for even closer European and trans-Atlantic partnership," the Lithuanian foreign minister said after the meeting in London.

"I am glad that Lithuania and the United Kingdom perceive these threats in a very similar way. We confirmed our commitment to continue to work more closely together to enhance the security in Europe," he said.

Other issues discussed during the meeting included the ongoing external aggression against Ukraine, the importance of a united and principled EU policy toward Russia, the Eastern Partnership, and the military conflicts in Syria and in the Middle East.

In London, the Lithuanian minister also took part in a discussion about the situation in Europe hosted by the think-tank Center for European Reform.

As part of his visit, Linkevičius is also scheduled to meet with Crispin Blunt, chairman of the Foreign Affairs Committee at the UK Parliament, Emily Thornberry, the shadow foreign secretary, and Khalid Mahmood, the shadow minister of state for Europe, as well as to give an interview to the BBC's HARDtalk program and to meet with members of the Lithuanian community in the UK.

The European Union has to seek, through its actions, a better dialogue with Turkey , rather than...