(1)
aA
Six foreign ministers of the Baltic and Nordic states call on Europe not to let down pressure on Russia over the annexation of Crimea. What follows is their message: 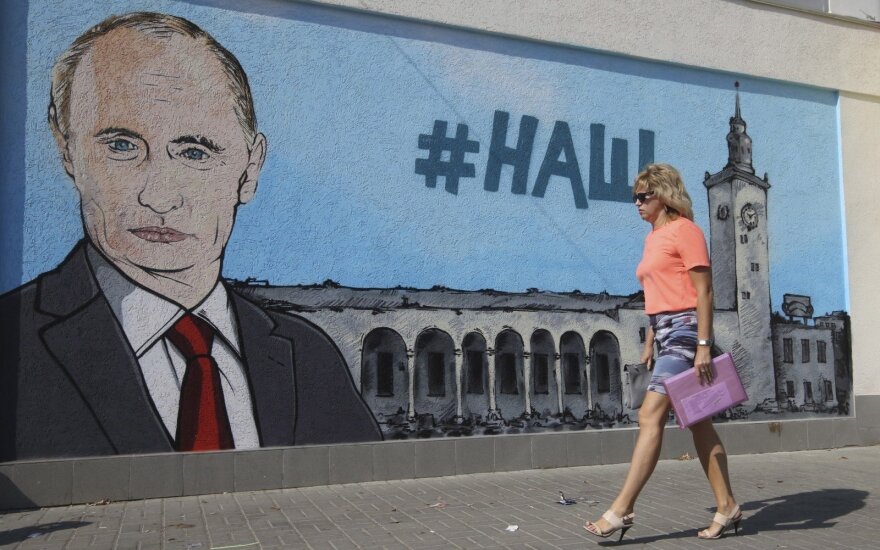 Today, two years have passed since Russia illegally annexed Crimea and Sevastopol. It marked the beginning of Russia’s ongoing attack on the territorial integrity of Ukraine and represents the most blatant violation in decades of the UN charter, international law and breach of the key documents that make up the European security order, such as the Helsinki Final Act and the Charter of Paris.

Since then, the human rights situation in Crimea has deteriorated dismally. Crimeans are forced to adopt Russian citizenship. Reports of torture and ill treatment of ethnic Ukrainians and members of the Tatar community abound. The Ukrainian language is under severe pressure and media freedom is curtailed. Practically all Ukrainian TV channels have been switched off and replaced by Russian state-controlled broadcasting. Russia’s illegal detention of Crimean filmmaker Oleg Sentsov and social activist Oleksander Kolchenko is a flagrant example of Russia’s attack on the freedom of speech in Crimea.

The most vulnerable and affected group in Crimea continues to be the Crimean Tatars, whose history is fraught with suffering and persecution. Harassed by the Russian de facto authorities, the Crimean Tatar TV station ATR has been forced to move to Kyiv. The space for using the Crimean Tatar language is shrinking. Crimean Tatar are being targeted for prosecution and arbitrarily arrested for their alleged membership in terrorist organizations. The Russian-installed prosecutor in Crimea has recently requested to ban the activities of the Mejlis, the self-governing body of the Tatars that dates back to 1991, with the intention to label it as an extremist organization. Continuous violations of the freedom of expression and opinion as well as the freedom of belief are also frequently reported. Accounts of enforced disappearances and suspected killings committed by the de facto authorities are particularly alarming.

Crimea is not forgotten. Russia needs to be held accountable. The Crimean Tatars and other Crimeans affected by Russia’s repressive policies have to be supported.

As we mark the second anniversary of the illegal annexation of Crimea, we reconfirm our unwavering support for Ukraine’s territorial integrity and its sovereignty over its entire territory. The EU’s non-recognition policy of the annexation is the clearest and most effective manifestation of our support. The EU has initiated an import ban on products originating from Crimea, and banned investments as well as export of certain categories of goods and services to Crimea. EU sanctions specifically target Russian companies that operate in Crimea. And sixty persons involved in the illegal annexation of this piece of Ukrainian land are banned from travelling to the EU and have had their assets frozen in the EU.

But we should remain vigilant. Together with other countries that have followed suit, such as Norway, Iceland, the USA, Canada, Australia, etc., we must constantly, and in no uncertain terms, restate our unwavering commitment to the key principles of international law and the European security order. Letting Russia’s actions pass unchecked would be a recipe for more instability and less regard for international law as future aggressors would no longer be deterred by the cost of such behavior. Therefore, the EU non-recognition policy and the sanctions must be kept under constant review, to remove loopholes and to make sure that they are effective. They will remain in place as long as Russia’s illegal annexation continues.