Rory Kelleher, the Lithuania Tribune
aA
The Belgian police identified two suicide bombers who carried out attacks in Brussels on Tuesday as brothers Khalid and Brahim el-Bakraoui and are looking for a third suspect captured in CCTV footage. 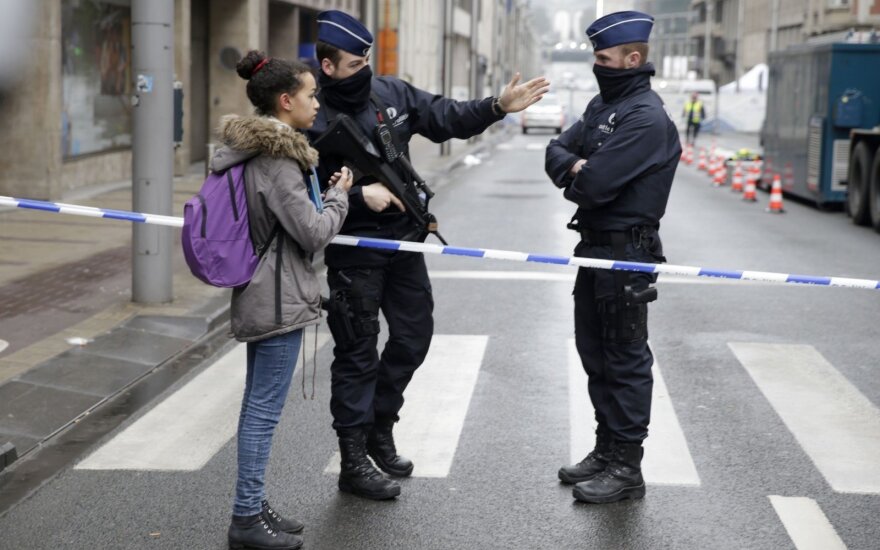 Belgian media at first reported that the prime suspect, Najim Laachraoui, had been arrested in the city's Anderlecht district, only to retract the information later on Wednesday.

The two other suspected airport attackers have been named in Belgian media as the brothers Khalid and Brahim el-Bakraoui, both Belgian nationals.

Belgium is observing three days of national mourning after the terrorist attacks that yesterday killed at least 34 people and injured over 200 in Brussels.

Three explosions hit Brussels airport and a central city subway station in what appears to have been a coordinated terrorist attack – there is still no information on possible Lithuanian casualties.

The so-called Islamic State has claimed responsibility for the attacks and has warned that more attacks would follow.

The US State Department has issued a warning to US citizens travelling to Europe saying terrorist groups had plans for "near-term attacks throughout Europe, targeting sporting events, tourist sites, restaurants and transportation".

The Lithuanian Ambassador to Belgium told BNS he had no information yet as to whether any Lithuanians were injured or killed in the explosions.

The Lithuanian government and Prime Minister Algirdas Butkevicius are to meet today to call a national day of mourning in sympathy with the victims of the attacks for Thursday.

Belgian Prime Minister Charles Michel branded the attacks "blind, violent and cowardly" and a "tragic moment in our country's history".

"I would like to call on everyone to show calmness and solidarity", he said.

The Lithuanian government has decided to call a national day of mourning in tribute of victims of...