BNS
aA
Two NATO troops were injured in a crash in Švenčionys Distict, eastern Lithuania on Sunday when their ATV overturned. 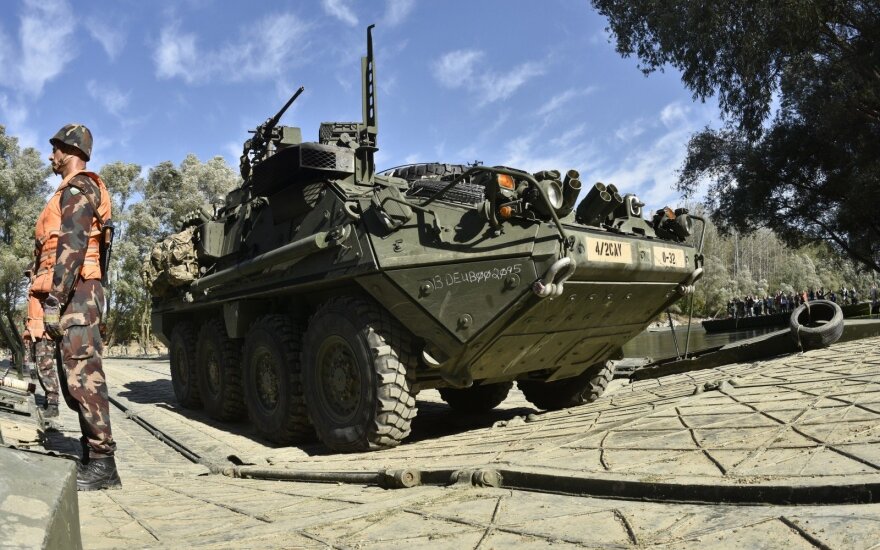 According to Lithuania's Police Department, two NATO troops were taken to a Vilnius hospital at around 5 p.m. and hospitalized. One of the troops, born in 1982, suffered a concussion and multiple bruises. The second soldier, born in 1985, also suffered multiple bruises and a wound to his head.

The troops' vehicle overturned at around 4 p.m. in Švenčionys District when they were heading to Pabrade training area.

Speaking with BNS Lithuania, Captain Tomas Pakalniškis, spokeswoman for the Lithuanian army's Joint Staff, could not disclose which country the injured troops were from as this information was being coordinated with their country and their relatives were being informed.

"I cannot disclose the country but I can say that these are troops serving within our NATO battalion," he said.

The injured troops are in a stable condition, without any threat to their lives.

The NATO enhanced forward presence battalion in Lithuania is led by framework nation Germany since February, 2017. Troops from Germany, the Netherlands, Norway, Belgium, Iceland, Luxembourg, Croatia and France will serve in the battalion in 2017–2018, with around 1,200 troops in total.

On Saturday, a Stryker armored vehicle went off the road in Kazlų Ruda, southwestern Lithuania, and one soldier sustained injury, the police said.

Several army exercises are taking place in Lithuania since the start of June.

NATO might lose its relevance as unity within the Alliance is weakening, Lithuanian President Dalia...

Lithuanian President Dalia Grybauskaitė is visiting Warsaw on Friday to meet with the leaders of...

Around 10 American servicemen suffered minor injuries when four US armored vehicles collided with each...