BNS
aA
Twelve suspects and convicts whose extradition had to be postponed due to the coronavirus pandemic have been brought to Lithuania from the United Kingdom by a military plane Spartan, the Police Department reported on Friday.
Sekite svarbiausias naujienas socialiniuose tinkluose! 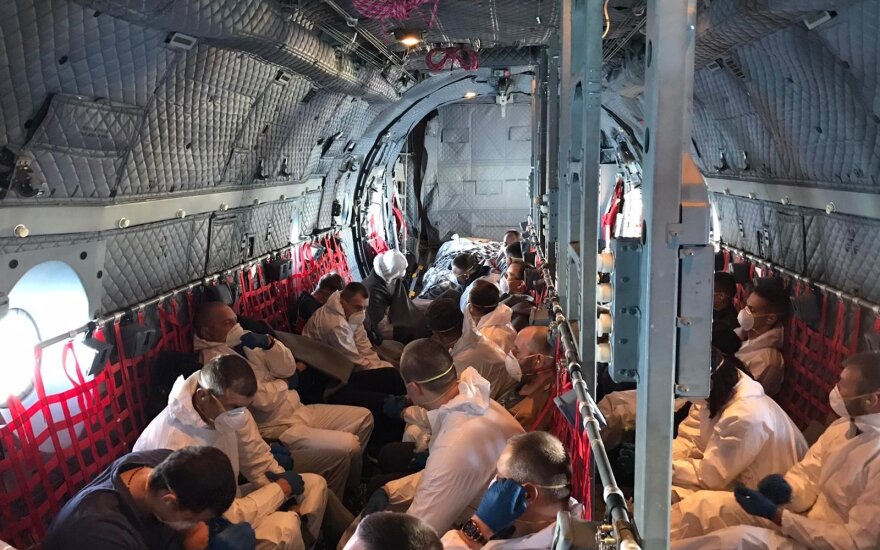 “In view of certain disruptions of extradition caused by the pandemic, we had to decide how to speed up these processes. We have seen once again that we have reliable foreign partners, with whom we can address the problems quickly enough. I’d also like to thank the Lithuanian Armed Forces for operational assistance with this nonconventional operation,” the press release quoted Police Commissioner General Renatas Pozela as saying.

The flight from London landed in Siauliai on Thursday night. The process involved 21 officers and a nurse.

All individuals brought to Lithuania have been arrested under a European arrest warrant, they hid from pre-trial investigations or have already been sentenced to prison.

According to the police, decisions on their extradition were made early in 2020 but the processes had to be suspended due to the coronavirus pandemic.

Such a solution had helped cut extradition costs, the police said adding that the flight had cost approximately 7,000 euros to the state.

However, the costs would have been much larger if each detained person were brought to Lithuania separately, in particular as the cost of extradition from the United Kingdom earlier ranged between 1,500 and 2,000 euros per person.

Attempt was made to carry out terror act in Vilnius (1)

An attempt was made last fall to carry out a terror act in Vilnius, prosecutors said on Friday.

An investigation into a public order violation and eight administrative cases have been launched after...