BNS
aA
The opposition Homeland Union – Lithuanian Christian Democrats and the ruling Lithuanian Farmers and Greens Union remain the most popular parties in Lithuania, a new survey has shown. 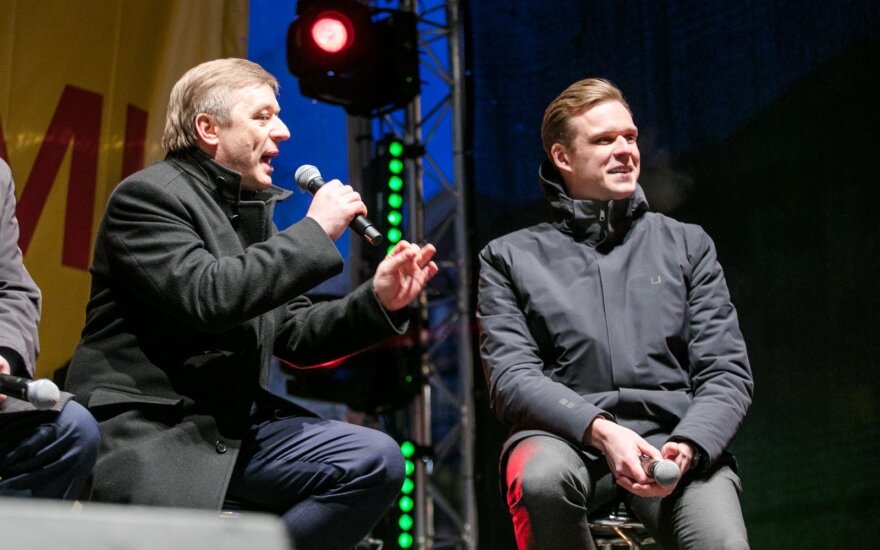 According to the survey carried out in June, 16.6 percent would vote for the conservative TS-LKD. There were 16.3 percent in May and 17.6 percent in April.

Almost 15 percent would vote for the LVŽS, compared to 16.3 percent in May and 17.6 percent in April.

"With a small difference, they form the first league," said Vladas Gaidys, head of the public opinion and market research company Vilmorus, which carried out the survey.

The Labor Party came in third with 6.7 percent. In May, 7.1 percent of those surveyed said they would vote for the party, compared to 2.9 percent in April.

Related articles
Liberal Movement's rating plummets record-low – survey
The nation’s love for the president fading: where Grybauskaitė made a mistake

The Order and Justice party was fourth with 6.2 percent, down from 7.6 percent in May, and it received 7.2 percent in April.

The Center Party, led by MP Naglis Puteikis, got 3.1 percent. A month ago, 4.4 percent said they would vote for the party, compared to 4 percent in April.

2.7 percent would vote for the Electoral Action of Poles in Lithuania – Christian Families Alliance, led by MEP Valdemar Tomaševski, compared to 2.8 percent in May.

And the Liberal Movement would receive only 2 percent of votes.

Vilmoryus carried out the survey for the Lietuvos Rytas daily on Jun. 8-17.