BNS EN
aA
The victory of Donald Trump of the Republicans in the United States presidential election should not change the country's relations with Lithuania, leaders of the Lithuanian Peasant and Green Union that won the recent parliamentary elections told BNS on the morning of November 9. 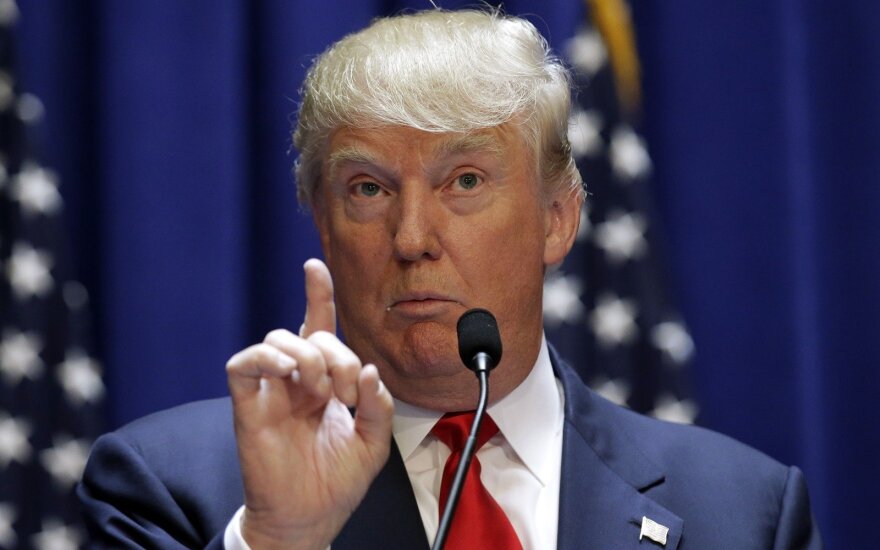 "I hope that the quality of democracy in the United States of America will remain in a way that the foreign policy does not change and the Lithuanian relations with the US do not change. In all democratic elections, it is important to respect the choice made by people," the party's leader Ramūnas Karbauskis told BNS.

Both he and the party's other leader Saulius Skvernelis, the most likely candidate for prime minister in the new government, did not rule out that Trump's strong-worded statements were merely electoral rhetoric and would ease after the election campaign.

"I believe the first statement of the president will be to reconcile everyone and work for the benefit of the state," said Karbauskis.

Skvernelis also expressed certitude that regardless of the profound electoral rhetoric, the US would remain a strong ally of Lithuania.

"Of course, there are certain fears in connection to individual statements about defense matters and stance on Russia but we hope that it was part of the election campaign," he added.

In Skvernelis' words, the government program under preparation would focus on defence and the commitment to earmark 2 percent of the gross domestic product (GDP) to defense in 2018, therefore, there are no threats in the wake of Trump's statements to only decide on defending the Baltic states against Russia after seeing whether they meet their commitments.

"This is something we have envisaged and will achieve, our program also speaks about the concept of universal defense in connection to reinforcement of the professional army and the recruit army. (...) As a matter of fact, we should do everything with ourselves in mind, so that we can defend ourselves and observe the changes on the foreign political arena, many European countries that are members of NATO will have to rally and do the homework in assessing risks and the statements that were made about the US possible involvement in collective defense projects," said Skvernelis.

As the winds of change sweep the global political landscape, there has never been a better opportunity...