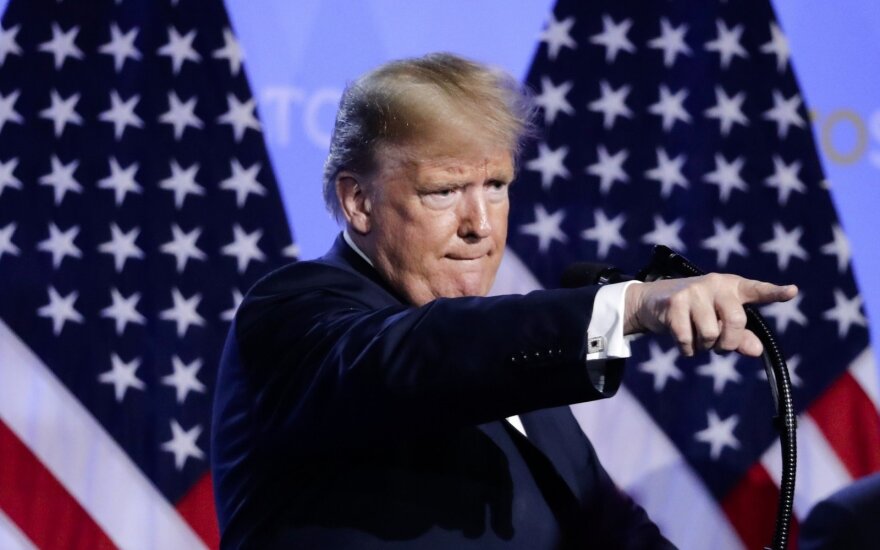 "We all once again confirmed that President Trumps's pressure, the positive aggression as I say in a good sense, has really worked," the Lithuanian president told journalists in Brussels after the Trump-initiated unplanned NATO summit where defense spending by the Alliance's member countries was discussed.

According to Grybauskaitė, it was confirmed during the summit that member countries will allocate at least 2 percent of their GDP for defense by 2024.

The Lithuanian president also underlined that, on the whole, allies have increased their defense spending by 33 billion US dollar (28.3 billion euros) in recent years.

"For us, Lithuania, it very good as we host more training and receive more and better-equipped armies from our partners in our country and the region," Grybauskaitė said.

Nerijus Aleksiejūnas, an adviser to the Lithuanian president, told BNS Lithuania that media reports on Trump allegedly threatening during the summit to pull out of NATO were not correct. In his words, the US president called for increasing defense spending faster and called the existing situation unacceptable.

Lithuania plans to spend 2 percent GDP on defense this year and might need to up its defense budget by several dozen million euros.

Lithuanian president wishes Trump to be unpredictable with Putin

Lithuanian President Dalia Grybauskaitė says that on Wednesday she wished US President Donald...

Lithuanian President Dalia Grybauskaitė says she is concerned about the upcoming meeting between US...