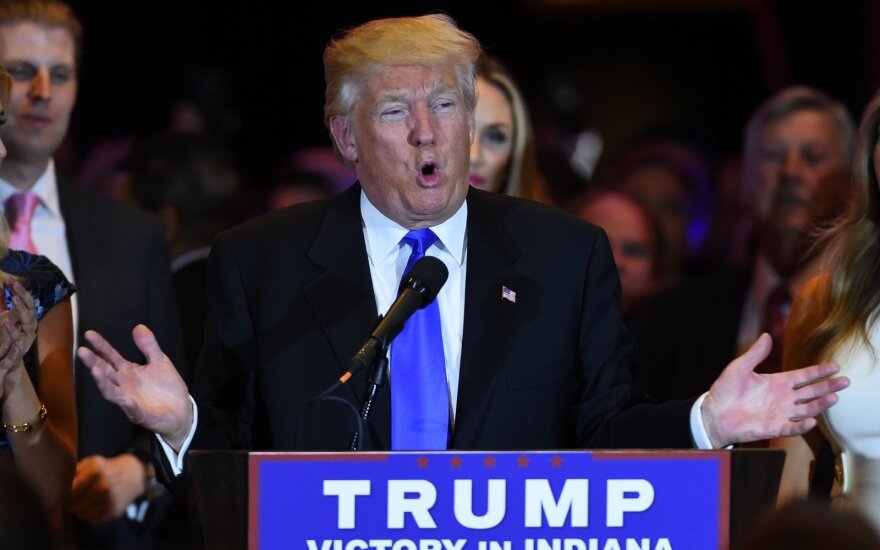 Though Clinton's Democratic candidacy seems to be a foregone conclusion, political scientist Kęstutis Girnius says that Bernie Sanders will fight to the very end.

“He is convinced that the democrats are defending the interests of the wealthy too much and that his candidacy showed that there are many people who want fundamental changes in the democratic party. If he were to forfeit quickly, the Democratic program will be prepared quickly and his influence will be smaller. For example, he is prepared to fight for a more moderate position on Palestine and Israel.”

Girnius also pointed out that this election was unique in recent history in that both candidates were rather widely disliked, and that many votes would be cast “against” the opposing candidate rather than “for” one.

Communications consultant Mykolas Katkus pointed out that this had created a space for the Libertarian party to exploit: “They are targeting Republicans disappointed by Trump as well as Sanders supporters, who are more liberal than many democrats. The debates have not even started and Gary Johnson has 10%. If he gets 15%, it would be a historic event because he would make it into the debates. Recently, the Libertarian party has been receiving a flood of people from both political forces.”

Speaking of the race to come, Girnius said “I think people will start looking for who said what and will use it against each other. Trump, of course, will deny everything, saying that he didn't say something or that he said it as a businessman rather than a politician. However, he has said so much nonsense that he will have a very hard time defending himself. His only hope are his allies who are supporting him strongly. Though many people support Clinton, they may be too lazy to come out and vote.”

Judging by the reactions of parties' chairmen and their members to the cronyism and corruption...