BNS
aA
Recent statements by Donald Trump, the Republican frontrunner in the US presidential race, to the effect that NATO is a relic from the Cold War resonates with Russia's doctrine that the Alliance is obsolete, Lithuanian Foreign Minister Linas Linkevičius said on Tuesday morning. 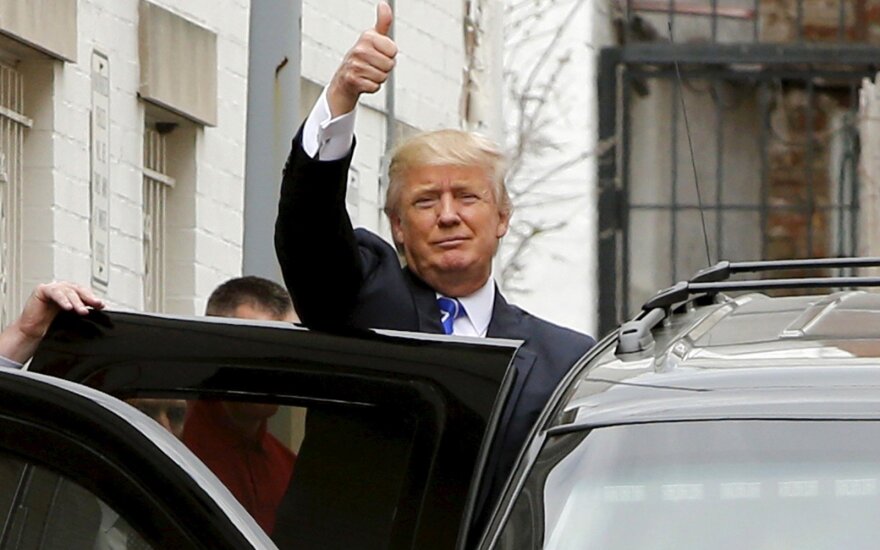 "I think such statements will no doubt please Russia very much, because they fit perfectly well with their doctrine and attitude that NATO is obsolete and it's time to walk away," the minister, who has recently returned from a visit to the US, said to Žinių Radijas.

The Republican frontrunner has recently repeatedly criticized NATO, saying that this "obsolete" organization is "disproportionately too expensive" for the US.

"I don’t mind NATO per se, but it has to be reconstituted, it has to be modernized," Trump said on “Fox and Friends" programme last week. "You know, we’re dealing with NATO from the days of the Soviet Union, which no longer exists. We need to either transition into terror or we need something else, because we have to get countries together."

Trump, whom his rivals accuse of isolationism, has also argued the United States puts too much of its own money into NATO.

"We’re paying the lion’s share," he said last week. "We’re spending tremendous amounts of money on something that was many, many decades ago, and the world has changed. It’s a different place."

Trump has questioned the need for the organization on several occasions and last Saturday he reiterated his criticism that other NATO countries were “not paying their fair share” in comparison with the United States.

“That means we are protecting them, giving them military protection and other things, and they’re ripping off the United States. And you know what we do? Nothing. Either they have to pay up for past deficiencies or they have to get out,” Trump said at a rally on the outskirts of Milwaukee. “And if it breaks up NATO, it breaks up NATO.”

Linkevičius noted that in his comments on the Republican candidate's criticism of NATO, US President Barrack Obama said that "Trump doesn't know much about foreign policy".

"America pays a lot of money. It is a strong economy and one of the biggest and strongest nations in the world. This is understandable. But it is incorrect, to put it mildly, to say so categorically that everyone else does nothing," he said.

Poll: How would a Trump presidency affect Baltic States' security?

Republican presidential frontrunner Donald Trump has made many controversial statements during his...

Trump says NATO may have outlived its usefulness

Real estate mogul Donald Trump , the potential nominee of the Republican Party in the United States...

A campaign video by US presidential candidate Donald Trump has elicited comment from Russian...

'President Trump' would say Putin is Europe's problem - US analyst

If Republican frontrunner Donald Trump secured his party's nomination in the US presidential...

US election result could bring ‘unexpected changes for Lithuania’