Trouble with the development of Russia's next-generation stealth fighter

„Lithuania Tribune“
aA
While Russian commentators may have been happy to watch the U.S. F-35 stealth fighter development project go over-time and over-budget, Russia has been discovering just how difficult the development of a stealth fighter can be with its Sukhoi PAK FA T-50 project. 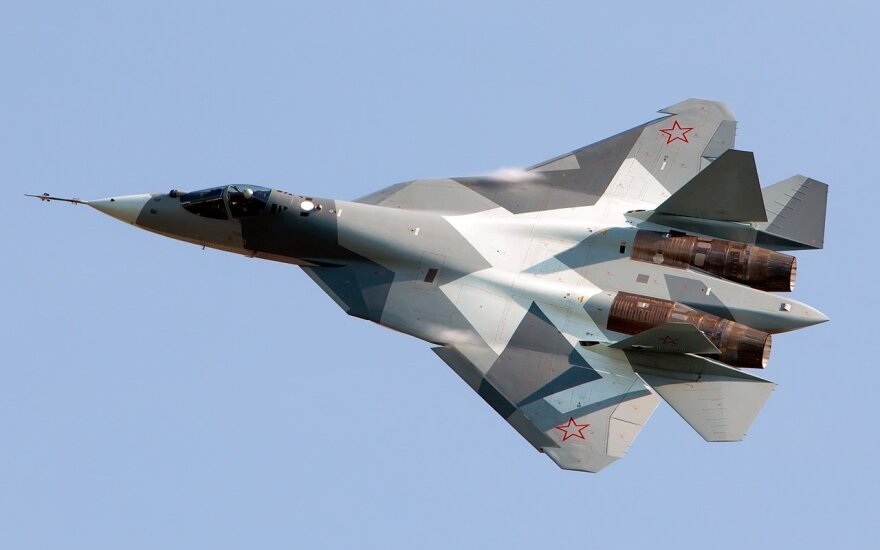 Technical difficulties with the project, as well as Russia's economic downturn, has forced the government to cut back on the air force's stealth fighter development program.

India, which has been working together with Russia in the development of Russia's jets since 2010, has complained about reliability issues that forced it to negotiate a deal for 129 French Rafale fighters instead. Even the Russian air force has reduced its reliance on the aircraft, reducing its order of T-50s to a single squadron (18-24 aircraft) and instead purchasing more of the older Russian Sukhoi Su-35 fighter, which, though a proven warplane in its own right, does not have stealth capabilities.

In one incident, one of the jet's prototypes burned up on an airfield near Moscow. The program was set back when parts meant for the next prototype on the line were used to repair the damaged prototype. Russian Air Force Commandier-in-Chief Viktor Bondarev, however, maintained a positive outlook; “The aircraft has been restored and it is flying. This serves as proof the aircraft is highly maintainable, we do need such machines,” he told Russia Today.

Similar issues have plagued the U.S.' F-35 program as well. Cracks in their wings have been discovered after stress tests, and engine problems have also caused the planes to catch on fire. This all goes to show the difficulty of engineering a stealth fighter, which has numerous competing demands. They must be heavily armed and fast enough to be militarily useful, stealthy enough to justify the cost, yet cheap enough for the government to be able to buy and use a significant number of them.

Russian government sources have claimed that tests should be complete in 2016, though this process has been pushed back before.