BNS
aA
Lithuania's Tripartite Council, uniting the government, employers and trade unions, on Tuesday failed to reach agreement on raising the minimum monthly wage and will submit different proposals to the government which will have the final say. 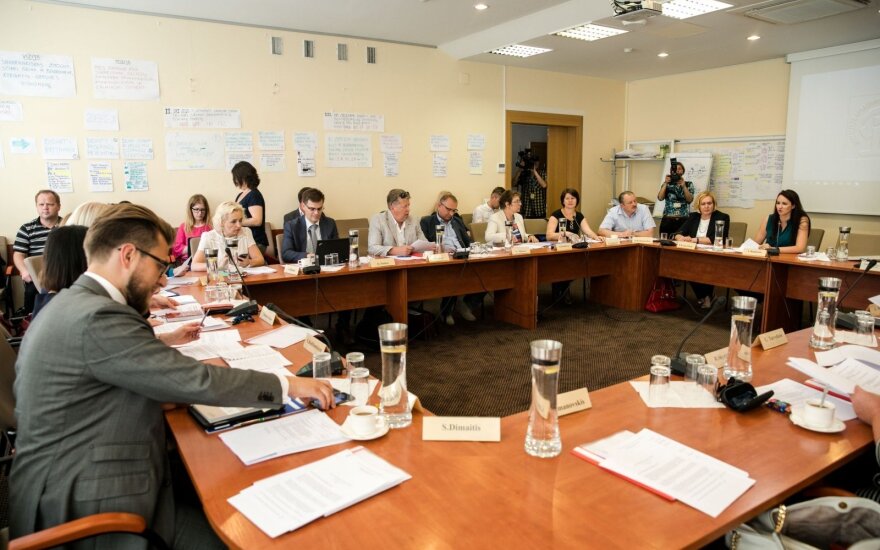 Based on the latest economic development scenario for the next year, the government proposed to the Council to raise the minimum wage from 400 to 430 euros. Earlier, it suggested increasing it to 420 euros.

"Based on the updated forecasts by the Finance Ministry, the average monthly salary is rising, the rates have changed significantly, compared to the May data, therefore, based on the existing formula, we can raise the minimum wage to 430 euros," Vice Minister of Social Security and Labor Eglė Radišauskienė told the Council meeting on Tuesday.

According to the Ministry of Social Security and Labor, the minimum wage would stand at 554 euros "on paper" following the upcoming tax changes and employer and employees' taxes will be merged.

Meanwhile, employers have different opinions and some of them will suggest raising the minimum wage to 420 euros, and others will propose differentiating it and setting special rates for Vilnius and other regions in proportion to the average monthly salary.

The minimum monthly wage was raised by 20 euros to 400 euros in January.

July figures show that around 47,000 workers in Lithuania get a minimum wage, and around 99,600 people receive even less.

Creative and cultural workers will next week stage a protest outside the government building in...

Lithuania's Tripartite Council , uniting the government, some employers and trade unions, on Monday...

Lithuania's Tripartite Council , which brings together representatives of the government, some...