BNS EN
aA
Rokas Masiulis, a candidate to swap his post of energy minister for Lithuania's minister of transport and communications, will have a lot of work – experts see restructuring of the state-run railway company Lietuvos Geležinkeliai as one of his major challenges where Masiulis would have to demonstrate skills as a manager and a maneuvering politician. 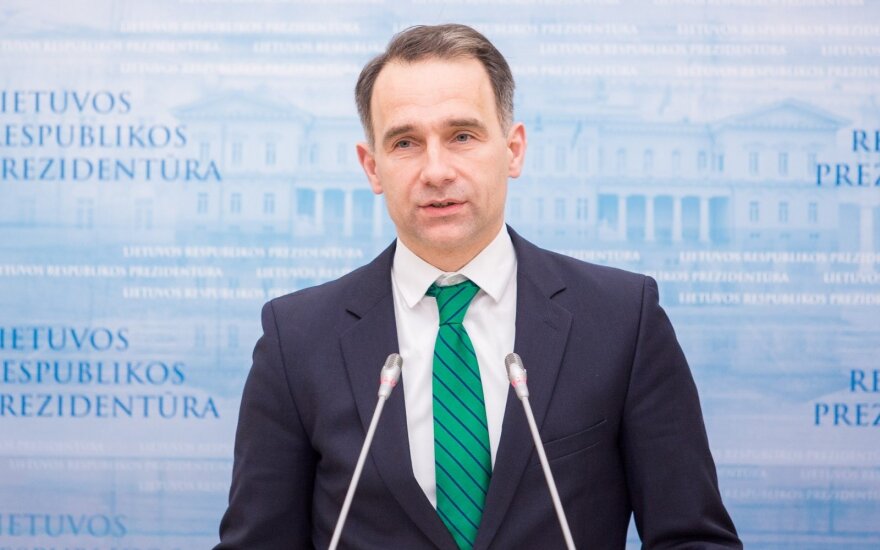 "I see a major challenge in the field of transport, especially when it comes to optimizing of state-run companies under the ministry, to ambitious transport projects. During his term in the field of energy, Masiulis demonstrated his ability to cope with the tasks and challenges," new Prime Minister Saulius Skvernelis said on Thursday.

Colleagues and experts say Masiulis, 47, proved his ability to undertake major projects and restructuring schemes while heading oil product and liquefied natural gas (LNG) terminals operator Klaipedos Nafta (Klaipeda Oil) and the construction of the LNG terminal, as well as later serving at the helm of the Energy Ministry. Asked in 2010 whether he believed the LNG terminal project would become reality, Masiulis replied: "I believe in it. I will do everything possible to make it happen."

A series of Lithuanian governments have pledged to restructure Lietuvos Gelezinkeliai, however, none succeeded. Vaidotas Rukas, a board member of the Association of Investors, believes Masiulis should be able to restructure the company, if he has enough will to do this.

"As a matter of fact, everything depends on the political attitude and the interest – whether they want change or not. As a manager and as a politician, Rokas Masiulis is competent and nobody questions his competences – this can be stated with certainty," Rukas told BNS.

As minister of transport and communications, Masiulis will definitely have to stay in contact with Poland's Energy Ministry, only this time on topics of Lietuvos Gelezinkeliai and Polish-operated oil refinery Orlen Lietuva rather than on energy.

After taking helm of Klaipedos Nafta in 2010, Masiulis had a task of reviewing the company's contract with Orlen Lietuva.

Furthermore, Masiulis will have a major assignment of communicating with the all-Baltic company RB Rail, which implements the European-gauge railway project Rail Baltica after his predecessor Rimantas Sinkevicius could not get along with RB Rail's CEO Baiba Rubesa.

Masiulis has repeatedly stated that he followed Christian values at work. After the government proposed a more liberal law on artificial insemination in October of 2015, Masiulis issued his separate opinion, suggesting a more conservative wording, which banned freezing of embryos and limiting the number of the embryos.