BNS
aA
MEP Valdemar Tomasevski, leader of the Electoral Action of Poles in Lithuania – Christian Families Alliance, has refused to comment on the president's reproaches for the party's representative, Transport Minister Jaroslav Narkevic, saying that the Advent is a wrong time for pressure.
Sekite svarbiausias naujienas socialiniuose tinkluose! 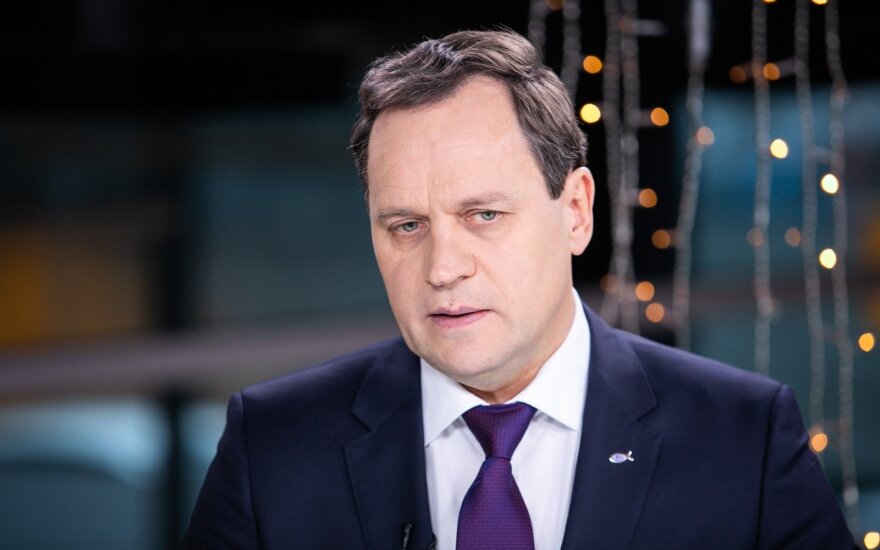 "On the practically daily statement by the president, we won’t comment on that. Especially during the Advent as I believe it's a wrong time to put pressure on a person, we need to prepare for the holidays, forgive and ask for forgiveness. As Christians, we realize that very well and won't comment on that," Tomsevski told a press conference on Friday.

In his words, the ruling coalition position on Narkevic remains unchanged.

"We have the opinion of the prime minister and leaders of the ruling parties, Ramunas Karbauskis and Gediminas Kirkilas. We share that opinion that the minister works well, and that was said by the prime minister himself that this ministry has started working at last. So our position has been expressed numerous times already," Tomasevski said.

Speaking on the public broadcaster LRT's program Dienos Tema (Topic of the Day) on Thursday, President Nauseda reiterated once again that Narkevic should not continue serving as transport minister.

"I see no prospect for that person to work as, first of all, he is not a minister-level person. The problem is that some other person should assume this position, the one who is not that easily managed and also a person capable of strategic and visionary work. A person who is easily string-pulled, convinced or decisions are made for him should not be a minister," the president said.

Karbauskis, leader of the ruling Lithuanian Farmers and Greens Union, says he sees Narkevic as transport minister, adding that President Nauseda's calls for him to resign "are becoming some matter of principle".

Prime Minister Saulius Skvernelis plans to discuss the transport minister issue with the president on Monday.

The prime minister earlier voiced his support for the minister, adding that his position would only change if accusations against Narkevic were proved.

Narkevic has lately faced a barrage of criticism for his decision to fire the management board of Lietuvos Pastas (Lithuanian Post), for his visit to the United Arab Emirates, for approving funding for the asphalt paving of streets in his constituency and the one leading to the prime minister's house, and other issues.

The minister maintains he is the target of "an organized attack" that started after he began to look into problems at Lietuvos Pastas and Lietuvos Gelezinkeliai (Lithuanian Railways).

He was nominated for the post of transport minister by the Electoral Action of Poles in Lithuania–Christian Families Alliance after it joined the government coalition following last summer's presidential election.