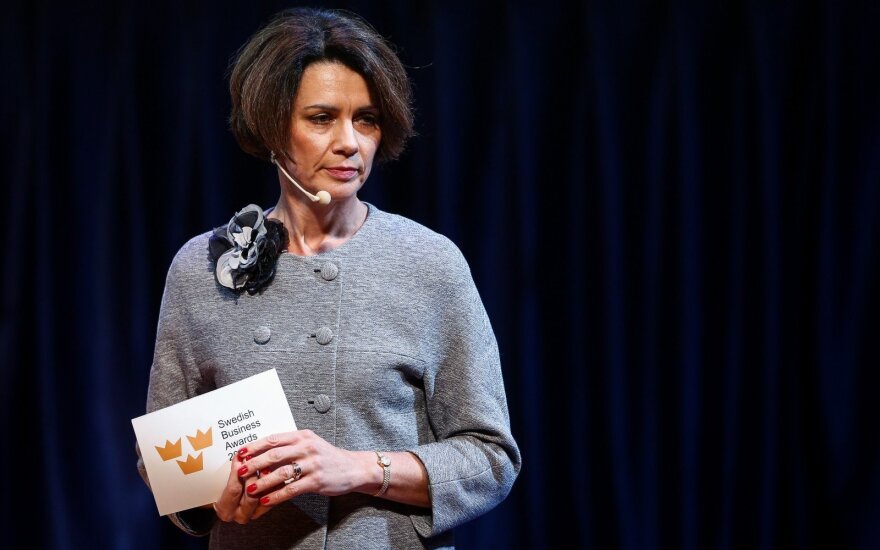 “I think it is important to break the silence in society, to encourage such women to speak out and thus help other women. I think that these women deserve strong support and respect,” she said.

“This project is linked not only to women but also to ways to communicate about these problems, and we have to communicate in different ways, including through art, what was done here in case of Superheroines. After all, art is a powerful way to communicate about the problem, understanding that this is a global problem, we are dealing with it in every country and every culture. As my friend, the Swedish parliament member Maria Weimer said, it is observed in all population groups, different age groups, and if we do not talk about that, we cannot solve this problem,” said the ambassador.

Ruthström-Ruin said that first step is to have a legal framework, which in Lithuania‘s case is the domestic violence law. The ambassador said that if you take the view that what is happening in your home, is just a private matter, then it is difficult to change anything.

“Women need to get support to escape from the relationship based on violence. It is very difficult because of emotional things. We talk a lot about violence against women, about rape, about the assaults on the street,” said Ruthström-Ruin.

“However, statistics show that the home and the work place are the most dangerous places for women. At that time, men are at greater risk of being attacked on the street. So there should be more talk about the fact that this is not a private matter, it is a matter of the public concern,” said the ambassador.

A photo exhibition on women who opened up and shared stories about their worst life experiences publicly - Superheroines - was opened at the embassy of Sweden over the weekend.