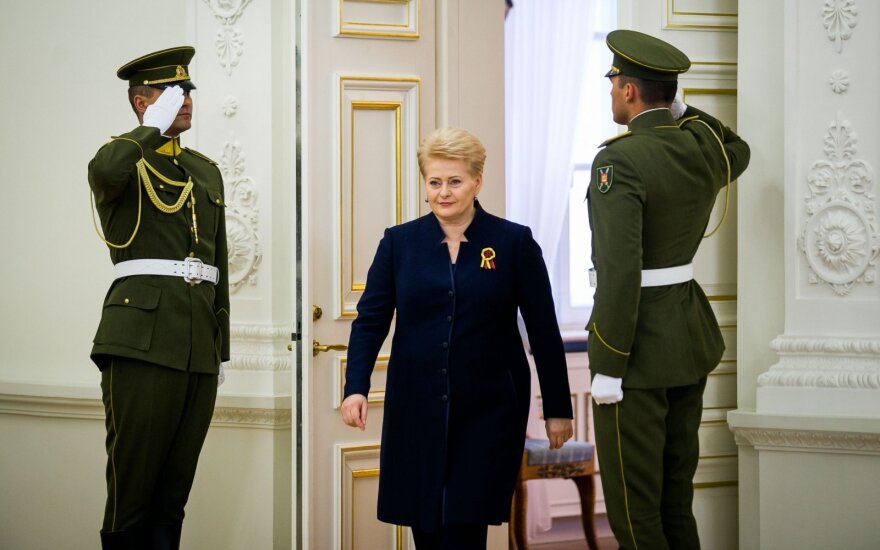 It is time for NATO to guarantee the security of Lithuania and the Baltic States by installing credible military deterrence capabilities, Lithuania’s president Dalia Grybauskaite said ahead of the Warsaw NATO summit starting Friday.

"Since the last meeting in Wales the threat, unfortunately, has not decreased, so now is the time to move from the additional security measures to deter real military capabilities. In Warsaw, we expect that for the first time will be the adoption of specific military collective defense measures to deter Russia from encroaching into our region. We are talking about real military capabilities - troops and weapons, and clearly coordinated plans and actions, said Grybauskaite.

The President said a decision would be made on the terms of the approved permanent multinational Allied battalions in each of the Baltic countries and Poland and expressed support for Romania's and Bulgaria's multinational brigade building.

The President said that the final decision will be decided on the number of countries led by those battalions in each country.

"Germany will lead the battalion in Lithuania but we hope as many alliance countries will be involved as possible including Benelux countries and even some of the Scandinavian countries' participation in our battalion," said Grybauskaite.

The President said that a brigade-size military compound would "probably be close to our borders."

"The entire region will have an additional three to four thousand soldiers if needed from the international brigade-size military unit," - said Grybauskaite,

She said decisions would also be made on how to protect the Baltic states against any possible military isolation.

She said she also expected the installation of missile and air defense systems in the Baltics.

"They are in Romania and we hope that will soon be completed in Poland. This means that our region - Lithuania, Latvia, Estonia - will also be defended against air threats, "- said Grybauskaite.

The President said the Alliance will also seek to speed up decision-making mechanisms so that the "Rapid Reaction Force would have a NATO military commander in Europe."

"If all this is achieved, which is something I very much hope, because with the information we have, it is very realistic to believe it will happen - this will be a historic success that guarantees our country and our people to the highest safety since its declaration of independence,"- said Grybauskaite.

Leading up to every parliamentary election, political parties make promises to the electorate; that...

Lithuanian President Dalia Grybauskaite is meeting with the heads of the Seimas' Committee on Foreign...

President Dalia Grybauskaitė has said that Germany , which will be leading the new NATO...

While continuing to exchange barbs, the West and Russia are building a more institutionalized pattern...