BNS
aA
A member of the Tibetan parliament in exile has asked members of the Lithuanian Seimas to act as mediators in pursuit of dialogue between the Tibetans and China. 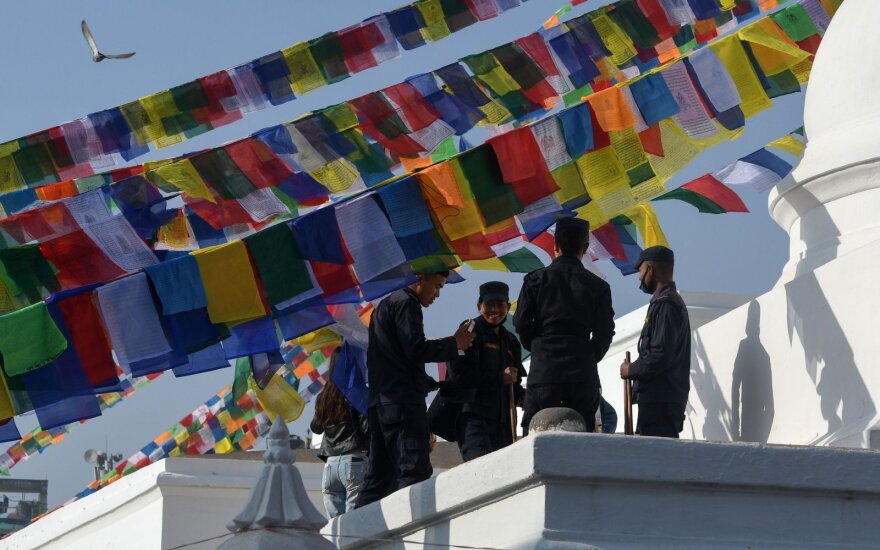 "I want to ask all the members of the parliament, please, whenever you have time meeting with the Chinese, tell them, please, to negotiate with the Dalai Lama. The Dalai Lama is not asking for independence. He wants dialogue, and then human rights," Thubten Wangchen told members of the Lithuanian Seimas on Tuesday.

In his words, the 70th anniversary of the establishment of the Communist People's Republic of China on Oct 1 means over six decades of torture, repressions, and violations of human rights for the Tibetans.

And now not only Tibet but also Hong Kong and Taiwan are also suffering from Chinese repressions, Wangchen said.

"On the 1st of October, they are celebrating the 70th anniversary of the People's Republic of China. What they have done is massacre, killings, and destruction on this planet. The Chinese government has killed 1.2 million. Tibetans have died under the occupation of China. The communists, they don't respect any religion, neither Christian or Muslim nor Buddhist, they don't believe," the Tibetan representative said.

At noon, he dropped a letter for Chinese President Xi Jinping into the letterbox of the Chinese Embassy in Vilnius, asking him for peace, to respect the freedoms of religion, speech, education, and democracy in Tibet and other regions of China.

Wangchen said Lithuania was already the 17th state where such an action was made.

"We want to talk with you, we want to negotiate, we want peace in Tibet," he said.

Tibet lost its autonomy from China back in 1951 after Beijing deployed its army in the territory that had declared independence.