aA
Among the 13 soldiers of the National Defence Volunteer Forces who gave oath to serve their country on 21 August, was Dainius Šileika, a third-generation Lithuanian expatriate. 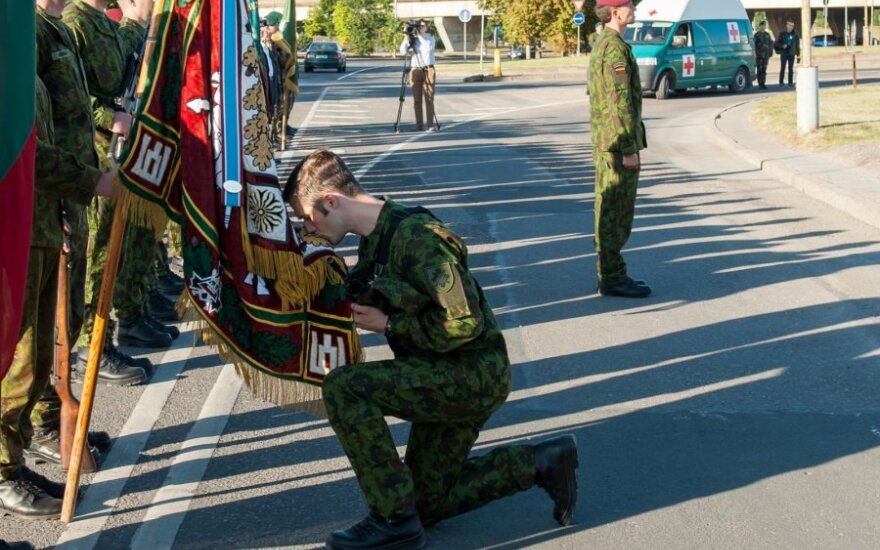 Dainius went to Lithuanian school on Saturdays, was a member of the Canada Lithuanian Sea Scouts, vice president at the Canadian Lithuanian Youth Association. He joined the Canadian Volunteer Force, serving in Afghanistan Battle Group, has earned the rank of senior sergeant. After returning from Afghanistan, he graduated from the university.

In June 2013, Dainius and his wife moved to live in Lithuania, had their the first-born child and currently lives and works in Vilnius. Dainius decided to join the Lithuanian National Defence Volunteer Force to honestly and faithfully serve Lithuania.

Dainius speaks about decision to return to Lithuania and join the army:

"Growing up in a Canadian Lithuanian family, amongst the generation that left along with my grandparents during the Second World War, I remember the songs that they used to sing. One that I still remember begins like this: 'We will return, we will return, to where the Nemunėlis and Neris Rivers flow...'

"Unfortunately, return was not possible for many. One of my grandfathers died before independence, and the others, although they managed to visit free Lithuania, were too old, their time for return already passed.

"However, one thought pervaded the stories and histories that my grandparents recounted: that Lithuania is the land of heroes.

"What can a person know about themselves? They can know what they do, what they believe, and if they’re lucky, where they’re from. What someone does and believes can change, but history, where one is from, is something that is unchangeable. This question of identity began to gnaw at me, and I decided that I needed to return to the land of my grandparents, to see it for myself.

"When I arrived, I realized that my grandparents were right — Lithuania is the land of heroes. Because although we, the Lithuanian diaspora, tried to support Lithuania while living abroad in Canada, the US, and elsewhere, Lithuania remains on the map not because of us, but thanks to those of you who stayed. You are the heroes that my grandparents spoke of.

"Having joined the military reserve, I had the fortune of meeting a new generation of heroes and now, living amongst you, I want to say 'thank you'. Thank you for your efforts, thank you for never giving up. Thanks to you, there is a Lithuania for me to 'return' to. And maybe, even though unlike you I didn’t experience those hard years of occupation, you will nevertheless let me join you in your cause — and let me be a hero, too." 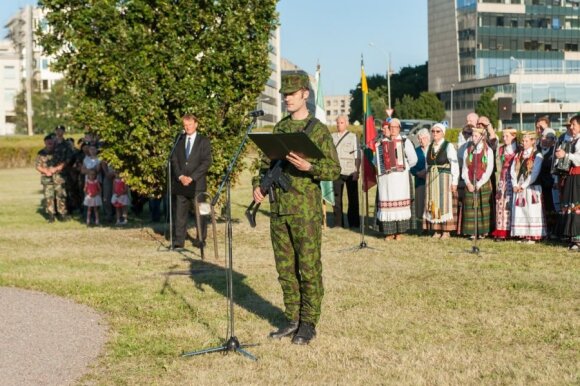