H.E. Mr. Shen Zhifei, Chinese ambassador to Lithuania, Corporate Client article
aA
On June 28, the White Paper on China and the World Trade Organization was published. China joined the WTO in 2001, which marks a key milestone in its intensive participation in economic globalization. The past 17 years witness how the role of China has evolved from an active partaker, to an important contributor, and eventually a firm guardian and defender of the multilateral trading system. The White Paper presents to the world China’s satisfactory performance as a WTO member so far, as well as its positive attitude and strong determination to safeguard the global trading system.
Sekite svarbiausias naujienas socialiniuose tinkluose! 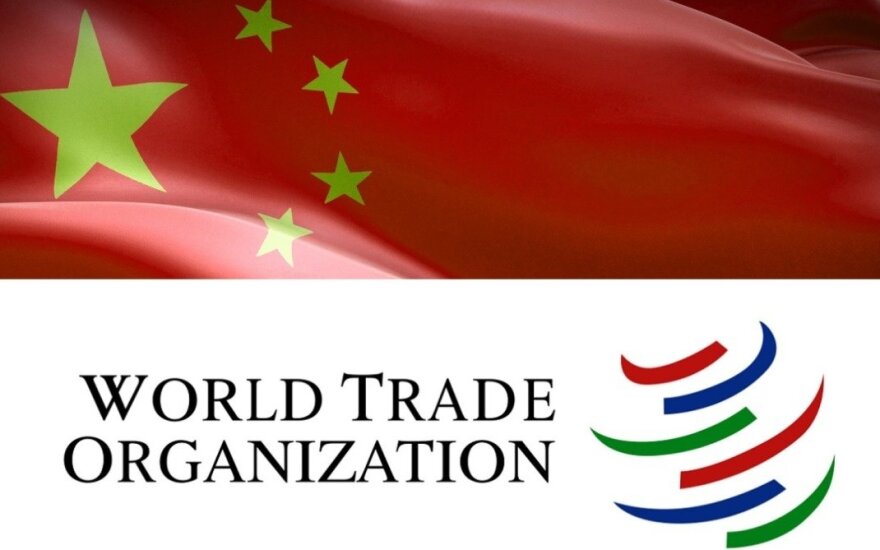 The facts and figures disclosed in the White Paper prove that China has faithfully fulfilled its commitments made in the WTO Accession Protocol. To comply with the WTO rules, the central and local governments of China had revised or abolished a total of 190,000 laws and regulations. China had met its promise of import tariff reduction by lowering the average import tariff from 15.3 percent in 2001 to 9.8 percent as early as in 2010. To take an example, China's average tariff on agricultural products is only a quarter of the global average. By 2005, China had eliminated all non-tariff barriers such as import quotas, import licenses as committed. By 2007, China had completed all its obligations to open up its sectors of trade in services. When it comes to intellectual property, the annual growth of royalties paid by China to foreign countries, reaching USD28.6 billion in 2017, had stayed above 17% since 2001, and China had topped the world in its number of patent application for seven consecutive years. In the past 17 years, China has completely carried out its obligations regarding WTO accession with genuine goodwill and comprehensive actions as a committed and responsible member of the world community. As Mr. Pascal Lamy, a former WTO Director-General, puts it: "China has delivered an 'A-plus performance' since its WTO accession."

China contributes to the world economy

China's rapid development since its accession to the WTO has attracted worldwide attention. Meanwhile, some Western countries accuses that "China becomes the biggest beneficiary of the multilateral trading system at the expenses of other members." As a matter of fact, accession to WTO has not only lifted the living standard of 1.4 billion Chinese people but also benefited the rest of the world. In the past 17 years, China's export and import have been growing simultaneously, making it the biggest trading partner of more than 120 countries and regions. While supplying abundant money-for-value products that help save living costs for ordinary families worldwide, China has also become the second largest importing country. The past 17 years has seen China's FDI inflows tripled, providing business expansion opportunities for multinational companies. In terms of OFDI, China became the 3rd largest investor in 2017 while it ranked the 26th when it just became a WTO member in 2001. In 2017, China's number of outbound tourists exceeded 130 million, and their average overseas spending reached US$2,600, being the world's largest source country of outbound tourist market for many years. I am proud to claim that China's average annual contribution to world economic growth has stayed around 30% in recent years, and China's extensive market opening has become an important and indispensable engine for global economic recovery and growth.

China has been a consistent supporter of the multilateral trading system and firmly maintains its authority, especially after becoming a WTO member in 2001. China respects and implements all WTO verdicts to the full extent. As of July 2018, 41 complaints had been filed against China in the WTO, and in none of these cases China had been retaliated because of failure of enforcing the verdicts. The multilateral trade body is at its most difficult and critical moment since it came into being under the heavy blows dealt by the US with its rampant acts of unilateralism, trade protectionism and trade bullying. China resolutely opposes unilateralism and trade protectionism. As a major country in the world community, China has both the will and the responsibility to act as a guardian and defender of the multilateral trading system, by actively ensuring the smooth operation of the DSB and effectively promoting substantive discussions on new issues such as trade and investment facilitation, SMME's and e-commerce. We call upon all WTO members to join in a common endeavor to overcome the difficulties and maintain the effectiveness and authority of the multilateral trading system.

China pledges to open its door wider to the world

Although economic globalization is being challenged by unprecedented suspicion and resistance, China confidently pledges in the White Paper that its opening-up to the world will be way beyond merely fulfilling WTO accession commitments. Reform and opening-up has been the driving force of China's economic take-off in the past 40 years, and will remain so to lift the quality of China's economic growth in the years to come. At this historical start of the new era, China will only open its door even wider to embrace the world. China has been reducing tariffs on more than 900 HS code since the beginning of this year, and starting from July 1st, car import tariff was lowered from 25% to 15%. China has published a new negative list to grant much greater market access to foreign investors. China put forward the Belt & Road Initiative in its efforts to make economic globalization more open, inclusive, mutually beneficial, balanced, and win-win to all parties. China initiated the "16+1" format to promote extensive and comprehensive pragmatic cooperation between the 16 Central Eastern European countries and itself. In early November, China will host the 1st International Import Expo to translate the forecasted USD24 trillion import demand in the next 15 years into actual imports from the world. All these are practical actions taken by China in support of economic globalization and trade liberalization.

China and EU move hand in hand towards a brighter future

2018 marks the 15th anniversary of the China-EU Comprehensive Strategic Partnership and the 20th anniversary of the China-EU Leaders Summit. After years of joint efforts, China-EU relationship has matured into a stable and healthy one. The EU has been the largest trading partner of China for 14 consecutive years, while China has been the EU's second-largest trading partner. China statistics put the bilateral trade volume between China and EU at USD616.92 billion in 2017, 12.7% up on that of 2016, of which imports from the EU amounted to USD244.88 billion, making EU the largest import source of China. As of March 2018, the stock of EU direct investment in China stood at USD121.9 billion in 44,468 companies. China is the most important market for EU products. In the case of EU branded cars, the sales in China account for over a quarter of their international market. EU has become one of the fastest growing destinations for Chinese overseas investment with a stock of USD80.6 billion. Bilateral trade in services also presents huge market potential. The economic and trade ties between China and EU are so sophisticated and complex that interests of one party are intertwined with those of the other, serving as the "ballast stone" and "stability anchor" of China-EU relations.

As key members of the WTO and comprehensive strategic partners, China and EU must take joint actions hand in hand, upholding the spirits of openness, inclusiveness, cooperation and win-win, to confront the challenges of unilateralism and trade protectionism, maintain the rules-based multilateral trade order and sustain the growth momentum of the world economy. By doing so together, we will surely inject new vitality into China-EU economic and trade cooperation.

In the meeting of heads of Governments of China and the Central and Eastern European countries 16+1,...