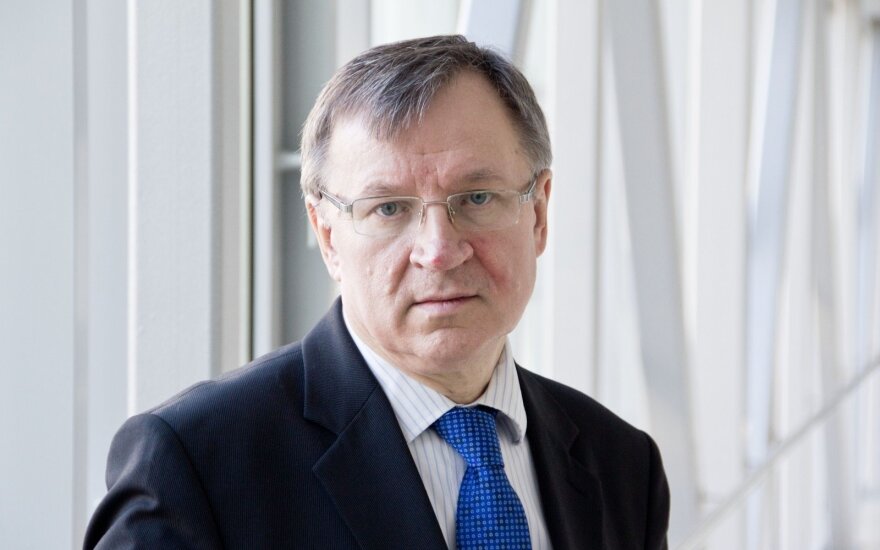 George Friedman - one of the smartest geopolitics scientist in the United States predicted the Third World War will start in circa 2050. Then two new power centers - Japan and Turkey, - supposedly, will attack the US-Central Europe alliance. Who will win and what will happen after that, is described in Friedman's books and expressed many discussions (recently in Lithuania). For those who are interested it is necessary to read the texts.

It is pleasant to note that Friedman provides us with a rather optimistic scenario: the US will retain its dominance in the world for the next decades, China and Russia will face problems, Western Europe will "retire" by passing it leadership something similar to the New Polish-Lithuanian Commonwealth.

Despite the fact that geopolitics has been viewed critically in recent decades, the fact that the physical geography, economy, culture, religion and other factors are extremely important for politicians is beyond doubt. The war in the 21st century until now has not been a global confrontation, but rather a local conflict, dependent on the factors listed. "Green men," as experience has shown so far, are not looking for happiness in far-away continents, but attacking mostly the neighboring countries. The ideas of liberal democrats, the ideas of "pragmatic" economists, and "humanists," failing and the predictions of so-called geopolitical realists prevail. The Third World War is approaching, and maybe even faster than this contemporary geopolitical guru thinks.

The United States does not need a war. They can remain a dominant global power for next few decades, unless they themselves abandon this role. America really has no-one to replace it, although there are numerous states, people, and groups who hate the USA. Thus, weakening or even destroying America is the interest of all its enemies.

One of the countries especially hateful of Americans is Russia. No future studies expert writes a scenario for a happy Russia , rather the opposite. Even the Russians themselves do not believe in the bright future of their country. The only geopolitical goal is to become a great power once again. But this is not an attractive proposal for possible friends of former (ant possibly reshaped in the future) empire. Russia is a problem rather than a solution, so it's hard to expect that this country will find new allies who want to serve it. The biggest troubles in Russia are not even economic – they are moral - due to Russia's destiny, identity, and the geopolitical failures of the past decades. It remains to be, and anger is a bad counselor, he often wages.

China's scenarios are also bad - it's a factory that will work until major repairs will be necessary, if the factory then ever needs it. China does not really want to change the World, its factory is built to serve the current World order. China wants to show that it is something more that producer of goods while expanding its military power in a nearby environment - the factory wants more "decisive" power. It does not change the fate of China, but exacerbates tensions. The war may start due to the fact, that the production of the factory will become unobstructed or not cheap.

According to experts, the most critical moment for Russia and China may be the beginning of the next decade. China will taking benefits from its cheap labor, Russia is going to lose economic competition everywhere, wherever possible. In this situation, the physical (i.e. military) force will be the only instrument for implementation of geopolitical desires.

At the end of the last century, it was predicted, that more people will live not in the European, but rather in Asian World. Today in 2017, the age of Asia is not started. Asian countries have been fortunate enough to produce goods and services for the existing World Order System, but they have no idea of a new order. Islamic triumphal advance was also predicted, but for the time being there are only civil wars in Muslim countries, refugees, ghettos in European cities as well as the moral consequences of September 11 ... There is nothing specific about the idea or reshaping the World. The 21st century will not be the century of happiness of either Latin America or Africa. They feel, that they are still the "third" World and this is very frustrating, geopolitically. This is reason for beginning a global conflict.

Thus, globally, it looks like the countries, while declaring support for the current world order - democracy, market economy and the rule of law - often do not trust it or even hate it. Majority of the people do not trust authorities, from self-government to international organizations. The clear majority of people in the world feel cheated, exploited, dishonored, and feel the victims of large-scale secret and cynical deals. Even if they do not publicly oppose the order, they have less motivation to defend and cherish it. Sometimes the Ancient Romans behaved in the same way, they did not like the barbarians, they just could not defend the empire because they did not like it. Today, our civilization, as that of ancient Romans may become a mob of the "new barbarians".

Consequently, the Third World War, from the theoretical possibility and the fantasy of writers, is changing into reality. It is not a nuclear conflict between the big powers, but a hybrid-terrorist, civilizational-cultural, war fueled by unfulfilled expectations, war against those who believe that the world is just and well-organized.

Are we ready for the war and can we avoid it? At this point, one can say "si vis pacem, para bellum", which in practice means that the enemy avoids attacking the society, that is strong and ready for defense. The enemy will attack a time and place when and where we are not ready to fight. In other words, you need to be ready for an eternal war if you want eternal peace.

At first glance, it seems that the Euro-Atlantic community is strong. Technically, the United States with its allies and nuclear power will be able to easily defeat any enemy.

The smart enemy will not go into technological war. Islamic extremists managed to attack the United States with weapons purchased at a stationery store and for the first and only time activated the entire NATO defense. And his defense has not yet destroyed the September 11 perpetrators and their ideologues. These are still fighting against us today - they are fighting not against the troops, but rather against society's ability to defend their own civilization.

Smartness against dogmatic thinking. It is most likely that the enemy will try to undermine our morality rather than to defeat the motivation to defend himself or herself by technical means. Today, his chances against the demoralized community, as we have been able to see, are not so bad. We see that the greatest threat to us is the NATOs disability to fight, and disability to make a political decision quickly and flexibly. The biggest problem is not the people in the battlefield, but officials in the headquarters and in the political cabinets, and, ultimately, our values. Two percent of the defense of the country is just a bargain with the state, a determination to sacrifice a hundred, is the patriotism. The enemy's desire to achieve that everyone who has paid two percent, sleeps well and yet do not participate in any civic or military defense.

The European Union has recently been proud of its "soft power", its ability to deal with all using non-military means. The Islamic world overcame it with even softer power - refugees against which Europe at least has no defense. This, apparently, is not the end, we will face new "soft" actions.

The Euro-Atlantic community is experiencing a leadership crisis, and this is another weak point. It is proud of collectivistic solutions, though it already sees, that collectively making decisions are not like team decisions, but like market bargaining. European leaders are guided by the "order and justice", which has long ago transformed into bureaucracies, that resist not only the injustice, but as well stops any innovative, thinking. The following of the "legal" text is no longer in the spirit of freedom and order. The decisions are faceless and without spirit. A society that does not respect its authority and trust it, will not be able to defend its community in any way.

If we do not solve the issues of our morality and leadership, the Third World War will come much faster than George Friedman's predictions. Not a war from Japan and Turkey, but rather from a rebellion against aging societies and civilizations that believed in their own eternity.

Three funerals in European Civilization and One Resurrection (Part 1)