the Lithuania Tribune, Lzinios.lt
aA
The Lithuanian Tatar community is the oldest ethnic group living in Lithuania, having settled in the country when it was the Grand Duchy of Lithuania in the 14th century. They have had a profound influence on Lithuania’s history, language and food. 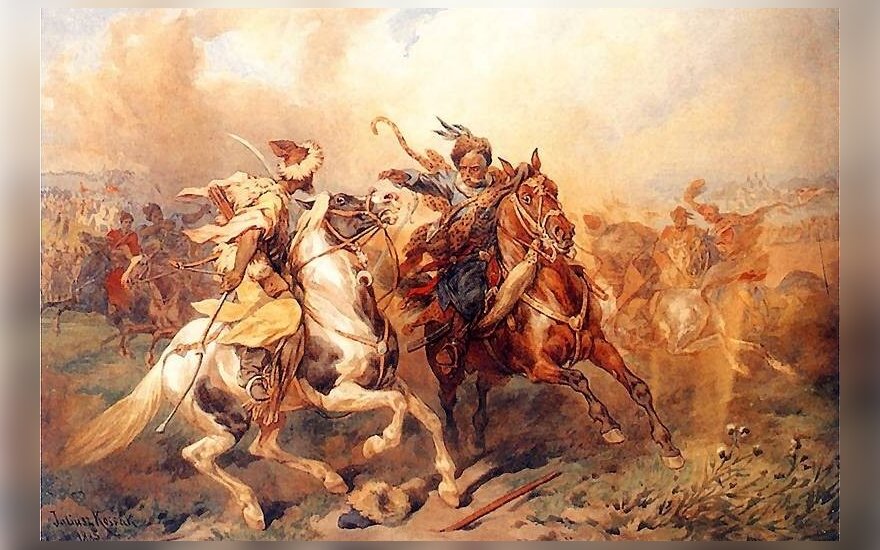 Galina Miškinienė, the chairwoman of the Vilnius district Tatar community, is one of few Lithuania Tatars who still speaks her ancestral tongue and researches their remaining written legacy in Lithuania and she is also a doctor at the Vilnius University philological faculty teaching the Turkish language, culture and history.

They lost their language but kept their individuality

Miškinienė said that over more than 600 years the Tatars were lucky to both maintain their individuality and to accept their new homeland.

Related articles
Kaliningrad or Karaliaučius: A land fought over for centuries
'Vikings of the land' - Lithuania's tribes were conquerors and victims

“Official sources from the times of Vytautas the Great mention the Tatars' presence in Lithuania in 1397. Therefore, in 1997 we celebrated the 600-year anniversary of the Tatar community in Lithuania.

“However, it is known that separate Tatar groups had been in Lithuania even earlier – in 1321 – so 2021 could be considered a 700th anniversary,” she said.

According to some reports, by 1591 there were about 200,000 Lipka Tatars living in the Polish–Lithuanian Commonwealth and with 400 mosques serving their community.

Miškinienė believes that the Tatar faith helped them maintain their identity in Lithuania. Under Vytautas the Great and other dukes, the Tatars were allowed to practice their beliefs and build houses of worship – mosques.

“Even during the hardest times – during the Soviet times, when all religions were persecuted, you could say faith preserved Tatar families and communities. Family traditions, spirituality, customs and traditions were handed down to the young from their elders. This is what helped the Tatars survive and preserve their individuality.

“Unfortunately, due to various historic and social conditions, the Lithuanian Tatars were not able to preserve their language,” said Miškinienė.

The Tatars were also known for their fighting qualities, From the battle of Žalgiris onwards the Lipka Tatar light cavalry regiments participated in every significant military campaign by Lithuania. Tatar origins can be traced back as far as the descendant states of the Mongol Empire of Genghis Khan.

At Žalgiris, the Tatars played a key part in the defeat of the Crusader Teutonic Knights. At the start of the battle, Jalal ad-Din led the Tatar and Lithuanian light cavalry on a charge against the Teutonic Knights' artillery positions. The Teutonic Knights' Grand Master Ulrich von Jungingen responded by ordering his own heavy cavalry to pursue the Tatar cavalry away from the field of battle, trampling through their own infantry in the process. The resulting destruction of the Teutonic Knights' line of forces was a significant factor in their subsequent defeat.

For a long time, companies of Lithuanian Tatar light cavalry constituted one of the foundations of the military power of the Polish–Lithuanian Commonwealth.

Loyal to their traditions

The Tatars of the Vilnius district recently revived an ancient springtime celebration called Sabantuy that was held in Trakai, where there are many Tatars and Karaites, who feel kinship with the Tatars.

“The Visaginas and Klaipėda Tatars have celebrated Sabantuy for many years but the celebration was forgotten in our region. I am glad that the Tatars who arrived in Lithuania so long ago have revived this celebration in Trakai as well. It wasn't very hard to do so because it's like it's encoded in our genes. It came back very easily,” said Miškinienė.

Tatars from Crimea or Kazan always attend Sabantuy in Trakai to show the Lithuanian Tatars their colourful cultural programs. 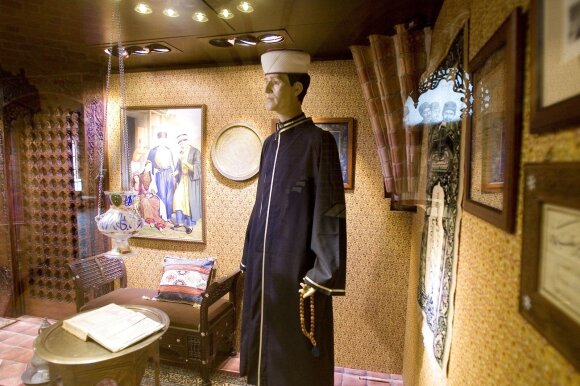 Ramadan, Mevlud (the Prophet's birthday), Kurban Bayrami, Ashura (a day of remembrance and fasting), Nowruz (the new year) and other celebrations are all also celebrated in Lithuania.

Miškinienė said that the Vilnius and Vilnius district Tatar communities were some of the largest in Lithuania but that there are many Tatars in other Lithuanian cities like Klaipėda, Visaginas and Ignalina.

“Every organisation works with the Tatars living in that area. Of course, our primary activities are all cultural and spiritual. We especially focus on our youth who have their own organisation, but they receive the primary focus in all of our communities. We have Sunday schools in Vilnius and Nemėžis and we have the Ilsu children's folk ensemble, which is led by Almira Trakšelienė,” said Miškinienė.

She said that their cultural legacy also helps Tatars maintain their ethnic traditions.

“Everybody knows about čeburekai, šimtalapiai, šurpa soup, kolbūnai and balandėliai. All of these are Tatar dishes. Dried meat also came to the Lithuanian menu from the Tatars. Lithuanians love chalva, which was also brought by Tatars,” said.

The Tatars hold the Lithuanian Grand Duke Vytautas (Wattad, in Tatar or "defender of Muslims in non Muslim lands") in great esteem, including him in many legends, prayers and their folklore after he encouraged and supported their settlement in Lithuania.

Few know that common Lithuanian words like “svogūnas” (onion) and “kilimas” (carpet) came to the Lithuanian language from Turkish, which Lithuania's Tatars spoke.

Miškinienė, who is from Ignalina, said that nobody in her family spoke any more Turkish and that she learned this language of her own accord during an internship in Turkey after defending her dissertation at Vilnius University. She received a diploma allowing her to teach Turkish to foreigners.

Her two sons barely speak any Turkish though they do know some Tatar songs.

“It's a bit sad, maybe I should have made more of an effort teaching them their ancestors' language, but on the other hand, we live in a Lithuanian environment, so a language they don't use actively would soon be forgotten,” said Miškinienė.

She recollected how, three years ago, she and her younger son, eight-year-old Lukas Aleksas, travelled to a Turkish resort on vacation. On the beach, the child managed to communicate with his Turkish peers and learned a few words.

Miškinienė is also happy about the fact that her husband and two sons support her activities on behalf of the Lithuanian Tatar community.

Though her older son, 26-year-old Tomas, studied in Copenhagen and now works there, he had earlier been an active member of the Tatar community and now, when he returns to his parents, happily engages in various Tatar community activities. Eleven-year-old Lukas always joins his mother at the community's events.

He tried to sing in the Ilsu children's and youth Tatar ensemble, but the career of a singer did not catch on. Miškinienė's husband, an engineer, taught himself to dance the exotic (to Lithuanians) Dervish dance, a meditative religious dance in which the performer spins without stopping while wearing a traditional white dervish “skirt.”

“Because my husband is athletic and enjoys yoga, learning such a dance was not very hard for him. He simply watched online videos. I brought him a dervish costume from Turkey. We always go together to all of the community events and ethnic celebrations,” said Miškinienė.

Miškinienė's academic dissertation was entitled “Ancient Lithuanian Tatar handwriting (Graphics. Transliteration. Translation. Text structure and content.)”and was a result of her interest in her ancestral roots. She is an orientologist, Turkologist and translator who has published many articles and criticisms on Lithuanian Tatar history and culture.

Kaliningrad or Karaliaučius: A land fought over for centuries

Five years ago, I wrote about the first time I saw the lands of Kaliningrad , known as the...

'Vikings of the land' - Lithuania's tribes were conquerors and victims

Historical sources document medieval Lithuanian tribes to have been not just victims of crusader...

Armoured horses and chain mail: The guide to becoming a Medieval Lithuanian Knight

"The backpack of a modern infantry soldier weighs just much as the armour of a medieval knight. And it...

Lithuania has a long history of being home to ethnic minority communities, from as early as 1323 when...

Under permanent conditions of war: what distinguished Lithuania from other European countries?