The European Union is not a security union

STRATFOR
aA
In the wake of any shocking event, national governments and officials of the European Union invariably call for more cooperation between member states to prevent anything similar happening in the future. The response to the March 22 terrorist attacks in Brussels has been no different. 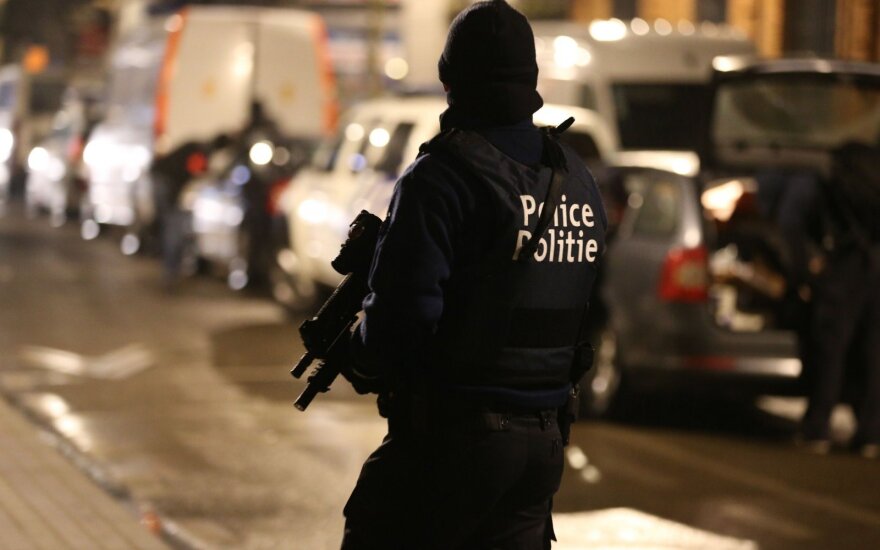 Following the attacks, the governments of Germany, Italy, France and members of the European Commission demanded a global response to the terrorist threat. The commission's president, Jean-Claude Juncker, even proposed the creation of a "security union" to combat terrorism at the continental level. In a March 24 meeting, ministers at the EU Justice and Home Affairs Council highlighted the need to share information among member states to fight terrorism. But despite the calls for greater cooperation among EU members, the national interests of individual member states will prevail in the long run, limiting the possibility of integration within the bloc on security issues.

As it stands, the European Union already has several continent-wide security structures in place. The European Police Office (Europol) handles criminal intelligence and combats international organized crime, while Frontex manages cooperation between the national border guards that secure the European Union's external borders. Eurojust, in turn, coordinates investigations and prosecutions among EU members, especially for transnational crimes. Because their duties are mainly logistical, coordinating efforts and resources among states, these agencies have little staff and equipment of their own.

The European Union faces obstacles to establishing a unified security network. For one thing, the organization's 28 member states have different priorities, resources, and levels of expertise when it comes to fighting international crime and terrorism. Large countries such as France, the United Kingdom and Germany have significant counterterrorism experience and enough human and material resources to maintain sophisticated intelligence and anti-terrorism agencies. This is not true of smaller countries with less expertise and smaller budgets — and even less so during economic crises, when smaller governments must weigh financing their security apparatus against controlling fiscal deficits.

The Brussels attacks revealed the shortcomings of the Belgian security establishment, which is relatively small compared to the growing numbers of jihadists returning from abroad authorities must now monitor — on top of a large number of potential terrorists radicalized domestically. For EU member states, the terrorist threat justifies a return to public spending after years of austerity. But even wealthy members are dealing with limited resources: On March 23, the German government announced a plan to increase its domestic security budget by 2.1 billion euros (around $2.3 billion) by 2020, but the deputy chairman of the German Federal Police warned the additional funds were far from adequate.

Along with budgetary concerns — a challenge for most security agencies in the world — EU members also contend with an environment where people move freely between countries, yet government intelligence does not. In the hours and days that followed the Brussels attacks, several EU governments stated that member countries should share more information about potential security threats, as they did in the wake of the November Paris attacks. But German Interior Minister Thomas de Maiziere admitted that EU governments don't want to share all of their information with their peers, further noting that the EU and national governments have separate data pools that are not linked.

The fact that one of the Belgium suicide bombers had been arrested in Turkey and deported to the Netherlands, where he was released, highlights the failure to coordinate. Translation issues between European governments only exacerbate the problem, and EU members use varying systems to transliterate Arabic names, which can lead to clerical errors.

A Question of Sovereignty

On the surface, enhanced intelligence sharing makes sense. In a continent where goods, people and services are already allowed to move freely from one nation to another, a freer exchange of information would be a logical step. However, Europe's limited cooperation in security matters is a reminder that, even after six decades of integration, the EU remains, to a certain extent, a pact among nation states. Though member countries are willing to give up sovereignty on issues such as trade or labor, they have trouble making concessions in sensitive areas such as national security. EU treaties recognize this, which explains why issues related to the monetary union or the free trade zone are voted by qualified majority, while security or foreign policy issues are decided unanimously — thus giving veto power to each member.

There is an argument that an era of global threats — ranging from terrorism to trade competition — calls for a global reaction. But the European Union has reached a point where further integration among member states will require them to give up prerogatives that are just too crucial. And the problem extends well beyond security issues: EU members are also struggling to create a system in which wealth from Northern Europe is redistributed to the south and member states lose control of fiscal policy. Since the European Union is unlikely to evolve into the "United States of Europe," the continent is also unlikely to have a European Federal Bureau of Intelligence, let alone a federal military. (Most EU members participate in NATO, but this is not the same as dissolving their national militaries into an EU military.) Creating continent-wide structures such as these would require a treaty change, a decision that member states are unlikely to make, given the rise of nationalist sentiments in Europe.

Europe's economic crisis quickly evolved into an unemployment crisis and then into a political crisis. Immigration and terrorism are only adding to Europe's political fragmentation, and member states are having more and more difficulty coming up with coherent responses. In this context, national decisions are replacing EU policy. For example, individual member states are opposing the introduction of refugee quotas and fighting to preserve border controls. Moderate political parties still defend the merits of the Schengen Agreement and the free movement of labor in Europe, but a burgeoning nationalist opposition movement demands reinstatement of national borders and tougher laws on immigration. And as terrorism and immigration cause voters to fear for their jobs and personal security, their voices will grow louder.

Despite the discord, additional cooperation on security issues is not impossible for the European Union. In the months to come, agencies such as Europol and Frontex will probably be given more resources, and the European Union will discuss plans for a stronger continental border and coast guard. The European Commission will also push for greater integration among security databases and an increase in security measures at airports. But the bloc will continue to encounter problems related to its fragmented security environment, simply because its very nature makes achieving a coherent response elusive. In fact, future EU governments may choose to reverse some aspects of continental integration to improve domestic security.

The European Union Is Not a Security Union is republished with permission of Stratfor.

Police across Europe have stepped up their efforts to prevent further ISIS attacks in European cities...

Belgian police are now hunting a fifth suspect in the Brussels bombings as the names and...

In the wake of the attacks in Brussels , Lithuanian president Dalia Grybauskaitė expressed her...