The Baltic states and Russian compatriots

Agnia Grigas
aA
Since Russian military incursions into Crimea and Eastern Ukraine to protect Russian “compatriots”, Latvia’s and Lithuania’s Russian and Russian-speaking populations have been much discussed and cited as reasons for concern among the Baltic states and their allies. 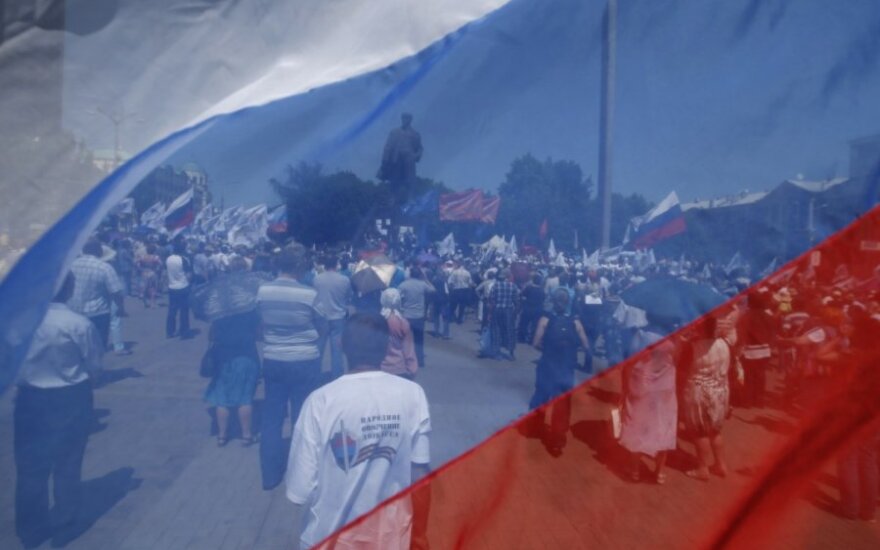 All three Baltic states have significant numbers of Russian-speakers that are concentrated in their capitals and in territories close to the Russian border. In Lithuania, Russian-speakers make up 15 percent of the entire population; in Latvia 34 percent; and in Estonia the number might be as high as 30 percent. However, the vague and ambiguous term of Russian compatriots or even Russian speakers has been little explored in the Baltic context.

The generation born following the fall of the Soviet Union and after Baltic independence is now in their twenties is important because they represent the future of Baltic Russian speakers. Certainly they are more integrated into Baltic societies and much more likely to perceive themselves as Estonian, Latvian, and Lithuanian than their parents or grandparents who had immigrated during the Soviet era. This generation offers nuanced perspectives on their relationship to Russia.

On one hand, young Baltic Russian speakers shun the idea of Moscow’s protection of Russian compatriots along the model of Crimea and Eastern Ukraine; but, on the other hand, some are open to Russian cultural support or even passportization. Having spent their entire lives in the Baltic states, they do not necessarily identify with the Russian state. On the other hand, they do feel that the shortcomings of Estonian, Latvian, and Lithuanian societal integration and the vacuum for political representation based on their ethnic identity.

For instance, Darya from Riga is an articulate graduate student in Middle Eastern studies of Russian and Polish descent. Born and raised in Latvia, she considers herself a Russian speaker. However she shies away from the label of “Russian compatriot” because “I have never been to Russia and I don't know much about Russian culture in particular.” While skeptical of the support Moscow could garner among Latvia’s Russian speakers, Darya suggests that the concept of Latvia’s nation-state is problematic for other ethnicities: “The biggest problem in my opinion is Latvia's view of Russian speaking people as "others". It makes Russian-speaking people feel alienated and not wanted in the society. Another problem is that Latvia might give citizenship to Russian speaking people, but they can never be called Latvians because Latvia strictly differentiates between citizenship and nationality. My citizenship is Latvian, but [my] nationality can be only Russian or Polish. It shows that the [Latvian] country formed from and for one nation - Latvians, making other ethnic group as "citizens" and not Latvians.” While arguing that Russian speakers do not need Russia’s protection and the integration issue could be solved domestically, Darya is also supportive of Latvia’s non-citizens acquiring Russian citizenship based on their ethnic ties to the country.

Artiom, a doctoral student also from Riga considers himself a Russian speaker but bristles at the notion of being called Russia’s compatriot: “No, why should I? I’m a Latvian citizen and I don’t think of myself somehow involved in Russian national modeling or political field. Besides, I think, that Russia is rolling into the darkness these days, and I can’t accept on any level their contemporary aggressive national rhetoric.” To the question of Putin’s protection of Latvia’s Russian speakers, Artjom is also adamant “Protection from what? Gays and freedom from censorship? All enemies of Baltic Russian speakers are imaginary. Russian national rhetoric uses these images to produce divergence in multiethnic societies.” Like the majority of the Baltic Russian people interviewed, Artiom also believes that separatism is impossible in the Baltic states because it would lack the support of the majority of Baltic Russian speakers and due to Baltic NATO membership. However, Artiom warns: “But it doesn’t mean Russia does not want to increase its political influence in the inner politics of Baltics states through the so-called “Russian parties”, which mask pro-Putin beliefs behind the “language question”.”

Natalia is a young professional born and raised in Lithuania in a Russian family. Having attended primary education instructed in the Russian language and later Lithuanian university, she now works for a multinational company. Natalia admits that today she feels more at ease with English as her second language. Natalia considers carefully the notion of a “Russian compatriot” and concludes that according to the judicial definition of the term, she is Russia’s compatriot. However, subjectively or emotionally she has trouble identifying with the label: “Russians who were born and grew up in Lithuania differ a lot from Russia’s Russians. Mostly they are culturally and mentally closer to Lithuanians, even though they perceive themselves as Russians.” When considering the potential grievances of Russian speakers in Lithuania, Natalia notes “If we omit the fact that there’s one obviously predominant anti-Russian line in the public sphere that makes you feel uncomfortable if you are Russian, there are no grievances. Some examples of discrimination can be met in the Lithuanian society (e. g. while searching for a job), however they’re not numerous. As there are no grievances, no [Russian] protection is needed. However some support [from Russia], especially in cultural and educational spheres, would be very useful.”

Pavel, a graduate student of political science, is a perfect example of the complex identities of minorities that are often simplistically grouped as Lithuania’s Russian speakers. From a family of Polish-Ukrainian-Russian ethnic background, Pavel grew up speaking a mix of Russian and Polish at home and in his neighborhood. However, having attended Lithuanian schools and university, he now feels more at ease in the Lithuanian language rather than Russian and thus, would not consider himself today a “Russian speaker.” He also rejects the label of Russia's compatriot because he feels he has no close ties or affiliation with the Russian state. According to Pavel, Lithuania’s Russian speakers do not face notable grievances: “I see these [allegations of grievances] as more or less political games only. However, I could say, that due to poor teaching of Lithuanian language in Russian schools, most of graduates face discomfort in the universities and labor market.” He sees no role for Moscow in these perceived or real grievances but rather views it as an ‘internal problem and even problem of minority which does not have a relevant, competent and independent (from Russia) party, which could identify and deal with real grievances.”

At first glance, the picture of the Baltic Russian speaker is not one that lends itself so easily to Moscow’s manipulation. None of those interviewed would call for Russian protection, militarily. Nor do any support separatism, as seen in the Ukraine or Georgia. However, based on Moscow’s definition of compatriots, most Baltic Russian speakers would qualify for Moscow’s protection as outlined in its laws and compatriot policies. Furthermore, while the Russian speakers tend to generally be ambivalent about Russia’s policies; during times of tensions and crisis, many (especially the older generation) tend to rally behind Moscow. Most Baltic Russian speakers whether young or old (including those interviewed), tend to follow Russian media and are therefore arguably more receptive to Russian point of view and propaganda. Lastly, the activities of Russian paramilitary and local supporters in Eastern Ukraine demonstrated, a majority or even significant percentages of supporters among the Russian speaking population is not necessary to facilitate territorial take overs.

The author would like to acknowledge the assistance of Juljan Jachovic in collecting interviews from Vilnius.

Agnia Grigas holds a doctoral degree from the University of Oxford. She is the author of “The Politics of Energy and Memory between the Baltic States and Russia” (Ashgate 2013) and of a forthcoming book on Russian compatriots (Yale University Press, 2015). See more at www.grigas.net.

Veronika Kristkova, a legal expert of the Organization for Security and Cooperation in Europe's ( OSCE...

Lithuania's parliament on Thursday voted down the version of the Ethnic Minority Law , proposed by...

How Russia pits Baltic states against one another (1)

Even before it had finished "defending" the rights of Russian compatriots in Ukraine , Moscow spoke...

The Russian government's statements about the allegedly bad situation of Russian-speaking minorities...