BNS
aA
Lithuania's Foreign Minister Linas Linkevičius has condemned the terrorist attack carried out in Kharkiv on the Maidan anniversary, saying that the "cowardly attack" showed the world that violence is the only argument used by terrorists to defend their position. 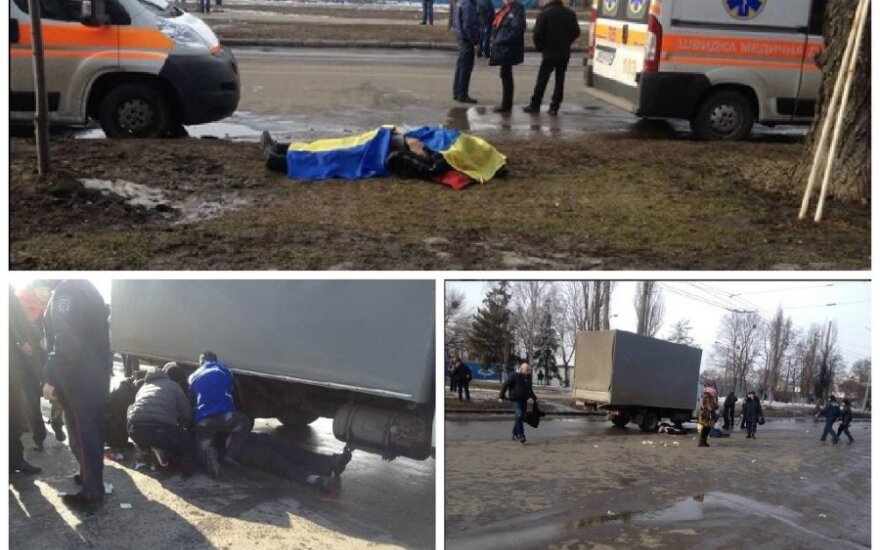 "When such acts which harm civilians are carried out secretly, no matter where they take place – in Kharkiv or elsewhere – it is a cowardly attack. It shows that those who think otherwise probably run short on arguments and this is the only way they can state their opinion. Without a doubt, we condemn such things, which show to the world what they are and that they have some truth of theirs. If this is their only way of defending it, we should definitely feel sorry for these people," Linkevičius told BNS in a telephone interview from the United States on Sunday evening.

"I believe that scores of clear-cut facts were submitted lately – in connection to arms supply, troop participation, there were even specific unit numbers – and everything was denied. Therefore, I have no illusions that the Russian leadership might admit to doing something wrong. Because it is somebody else who is doing things wrong, not them," said the Lithuanian diplomacy chief.

Two people were killed and more than 15 injured during a bombing in a rally held on Sunday to mark the first anniversary of the Maidan revolution.

Deputy chief of the Ukrainian security service, Markian Lubkivski, and other officers confirmed that four suspected Ukrainian citizens were detained as a result of an anti-terrorist operation. The suspects were found to be in possession of weapons, including grenades. According to data provided by the Ukrainian security, they were trained in Russia and got their weapons there.