BNS
aA
Lithuanian Prime Minister Saulius Skvernelis' popularity rating has dropped further down amid the ongoing tensions with President Gitanas Nauseda, and the latter's popularity has increased slightly, according to the latest survey by Vilmorus for the Lietuvos Rytas daily, published on Saturday. 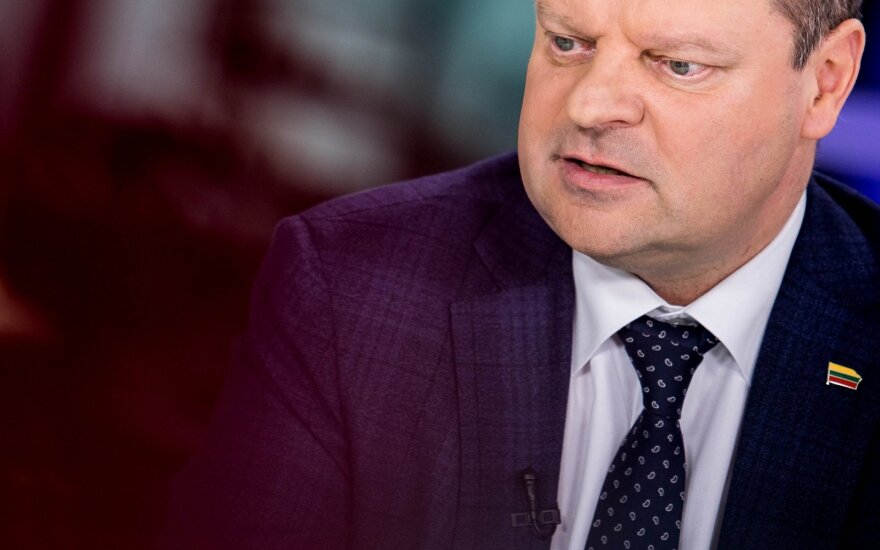 41.2 percent of the people surveyed had a negative opinion about the prime minister in February, and 36.1 percent had a positive one. The percentage of negative opinions exceeded the one of positive in January already when they stood at 38.6 and 36.4 percent respectively.

"Skvernelis has a negative balance of more negative opinions and positive ones. (…) That dispute with the president has done nothing good for Skvernelis. (…) The president's rating has gone up slightly, and the one of the prime minister has gone down. The president has won this time," Vladas Gaidys, head of Vilmorus, told BNS.

The prime minister has come under fire from the president for his government's decision to allocate funding for the paving of a street close to the prime minister's home, and also for his failure to sack Transport Minister Jaroslav Narkevic. Nauseda has also recently rejected Skvernelis' candidate for economy and innovation minister.

Foreign Minister Linas Linkevicius comes in second in terms of public popularity as his approval rating rose to 54.2 percent in February, from 50.2 percent in January, and the share of those having a negative opinion about the head of diplomacy shrank to 12.9 percent, from 13.2 percent.

Speaker of the Seimas Viktoras Pranckietis is the 3rd on the list with an approval rating of 47.2 percent and 20.8 percent of negative opinions, compared to 47.7 and 18.6 percent respectively.

Narkevic remains the most unpopular politician in the country as 56.6 percent of people have a negative opinion about him and only 7 percent have a positive one, compared to 55.1 and 7.5 percent in January.