Reuters
In the eastern Ukrainian city of Donetsk, rebels say they are in a "state of siege". 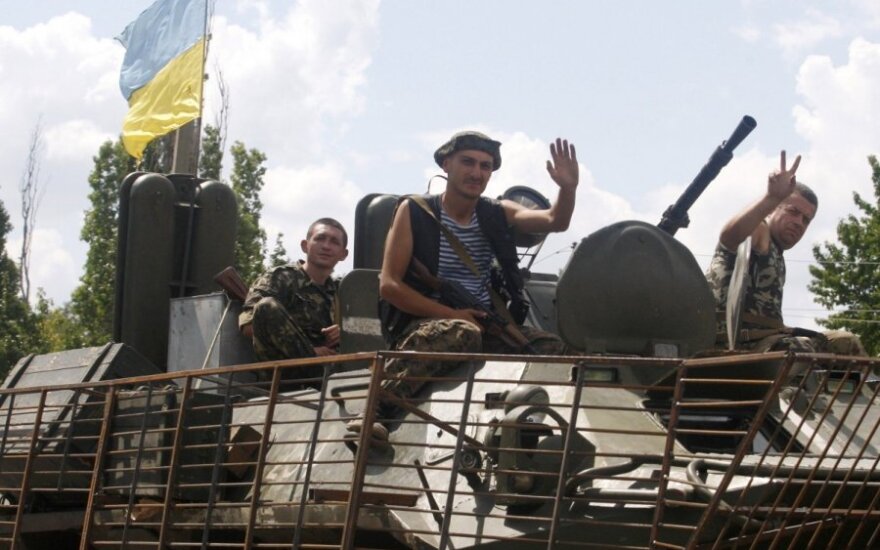 Government forces have moved into the rebel stronghold.

A military offensive by the central government to claw back territory it lost to pro-Russian separatists, who remain defiant.

"They are killing our women and our children. We are against this. And so we have to live like this to eat like this and defend ourselves in this way. We will stay until the end," says an unidentified soldier.

Surface-to-surface government rockets have rained down on the city centre.

People shelter friends and relatives who fled nearby villages as fighting advanced.

"Ask this child why is she staying at the homes and offices of strangers? Because they bombed us...People have no place to live, there are so many victims," says Valentina Lysenko from Donetsk.

A storming of the city appears to be ruled out.

Ukraine has little or no experience in a mission like that, and it would risk too many casualties.

A siege is said to be the most likely option.

In nearby Horlivka, people are stocking up on supplies, worried the siege won't be a short one.

"Oh it is very scary, especially these last three nights. My daughters are scared, they are afraid for life, obviously," says the director of a local bakery.

The U.N. says 730,000 people fled Ukraine for Russia this year - a much bigger exodus than anyone thought.

The West blames Russia for much of the conflict and has been hitting Moscow with sanctions.

Russian President Vladimir Putin has ordered his government to retaliate with measures against the West.

He's called for an emergency meeting of the U.N. Security Council over the humanitarian situation in Ukraine.

Meanwhile, if there is a siege, rebels will likely be given an escape corridor, in the hope that they'll flee to Russia - if Moscow will take them.

Latvia, Lithuania and Estonia are considering to recognize the so-called Donetsk and Luhansk People's...

More and more evidence points to the fact that Kremlin-supported terrorists shot down the Malaysia...