aA
On Monday, at one of the most important European Union (EU) annual transport events TEN-T days 2015, the representatives of the joint venture of the three Baltic States RB Rail presented the project Rail Baltica - a great example of a propriety infrastructure project of a common interest, reports the Ministry of Transport and Communications of Lithuania. 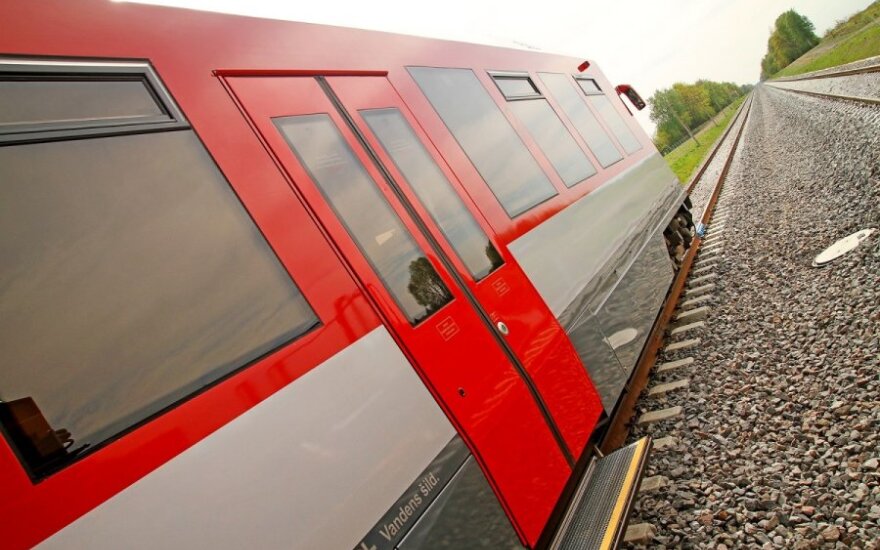 "A clear momentum on the progress of one of the major railway projects in the EU Rail Baltica is seen. European railway gauge - a uniform infrastructure standard - will create new possibilities for market integration, economic development and new mobility solutions for passenger and cargo transportation in the Baltic region," the project was summarised by Rimantas Sinkevičius, Minister of Transport and Communications of the Republic of Lithuania.

European Commissioner for Transport and Mobility Violeta Bulc, EU Transport ministers, Chairman of the Council of RB Rail Anti Moppel together with the members of the Council attended TEN-T days 2015, an event organised in Riga on 22-23 June. During the event, the representatives of five countries i.e. Transport ministers of Finland, Estonia, Latvia, Lithuania and Poland signed a declaration on the implementation of the Rail Baltica project.

In addition, an exhibition devoted to the Rail Baltica project was opened at the square of the Central Railway Station. Here a symbolic plaque will mark the location of the future Rail Baltica Riga Station and symbolise the inclusion of the Baltic Region in the joint traffic flow of Europe.

In addition, this year, a particular attention is devoted to the development and financing of the EU core transport network.

"Lithuania supports the intention expressed by the EU Transport coordinators to develop further the trans-European transport network and look into alternative financing instruments as well as to find additional resources in order to ensure the connectivity. Although private financing cannot be the only solution for the implementation of the whole TEN-T, it can be an important part of it," underlined Minister Rimantas Sinkevičius.

At the end of February, the joint venture RB Rail, Latvia, Estonia and Lithuania submitted to the European Commission (EC) the joint application for the allocation of the first round of funding for the Connecting Europe Facility (CEF). The application is currently being evaluated by the EC, the funding agreement is expected to be signed this autumn.