the Lithuania Tribune, LRT
aA
Lithuanian President Dalia Grybauskaitė owns assets worth €809,000 and is €50,000 wealthier than a year ago, according to her asset declaration released by the tax authorities. 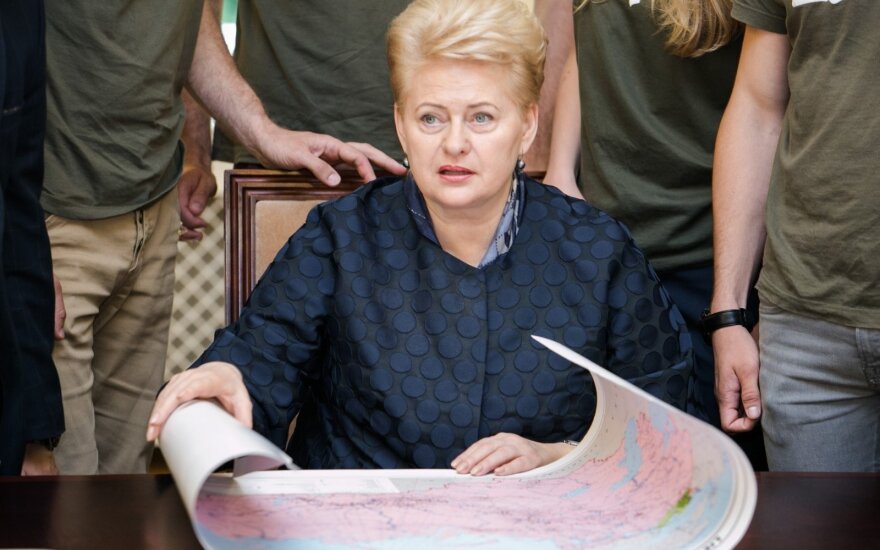 Meanwhile the family of Prime Minister Algirdas Butkevičius owns wealth valued at almost €249,000, up €16,000 from the previous year.

Seimas Speaker Loreta Graužinienė and her family have declared assets worth €115,000.

Energy Minister Rokas Masiulis is worth over €329,000, according to his asset declaration.

The "poorest" member of the cabinet is the Minister of Economy Rimantas Šadžius, who has recently left the post to take up a position at the European Court of Auditors. His declared assets stand at €64,000.

Ramūnas Karbauskis, leader of the Peasant and Greens Union, is the wealthiest among the leaders of Lithuanian political parties.

Karbauskis declared over €11.5 million in assets, including €9.28 million worth of shares and other securities, €2.05 million worth of real estate and land, and over €100,000 in savings. His wife stated that she had no assets.

Gabrielius Landsbergis, leader of the Homeland Union–Lithuanian Christian Democrats, and his wife listed their assets and savings as totalling €556,000.

Valentinas Mazuronis, leader of the Labour Party, is in third position with his and his spouse's assets at €478,000 euros, followed closely by Rolandas Paksas, leader of the Order and Justice Party, with €476,000.

Further down the list are Social Democratic Prime Minister Algirdas Butkevicius with nearly €249,000, Vilnius Mayor Remigijus Šimašius, the new leader of the Liberal Movement, with €230,000, and Valdemar Tomaševski, leader of the Electoral Action of Poles in Lithuania, with €361,000.