Elta EN
aA
Deputy Seimas Speaker Algirdas Sysas thinks that President Dalia Grybauskaitė has overstepped her bounds by dictating her own conditions to the Government. 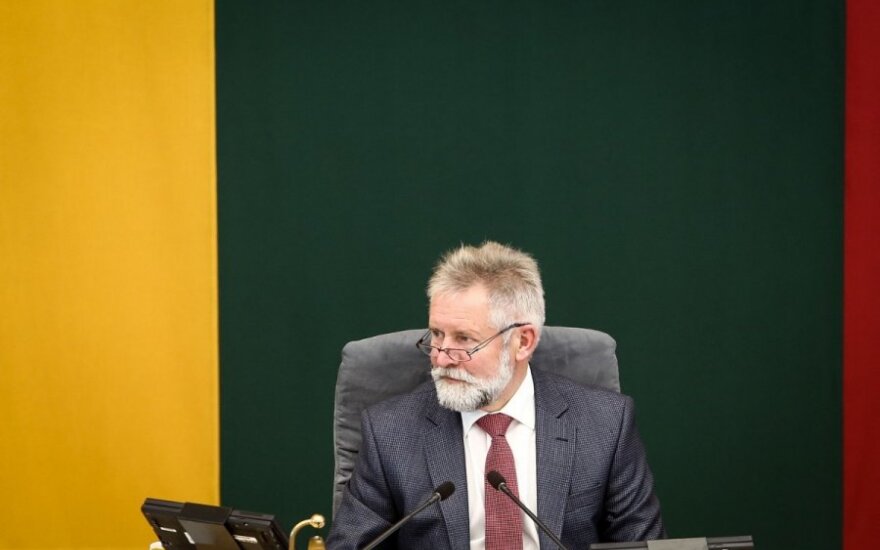 Talking to the radio Žinių Radijas on Wednesday, the politician disagreed with comments from her office that the dismissal of all “blacklisted” deputy ministers is a mutual victory.

According to Sysas, the Government controls the situation and the Cabinet should continue to exist without mass dismissals.

“I am not sure if this is good. I do not think this contributes to cooperation between the ruling institutions as once again the dictate of one side is enforced. I think it is much more beneficial to Lithuania and its people when the politicians agree instead of hearing statements from spokespersons that it is a mutual victory. There is no victory, let us be fair, it is an attempt to trick one another. Someone has created the rules of the game which are not included in our legislation or the Constitution, and others made this false gesture of firing everyone so that they can return later,” said the deputy speaker.

As reported, Virginija Būdienė, Senior Adviser to the President on Education, Science, Culture and Non-Governmental Organisations, said that there are no winners or losers in the deputy ministers’ “blacklist” story. She welcomed the resolve of the Coalition to cleanse itself.

According to the media, the “blacklist” drafted by the Special Investigation Service (STT) includes the names of nine deputy ministers.

Last month, President Grybauskaitė issued a statement saying that she would not approve ministers with blacklisted deputies. The president said the ruling majority would be “criminal” if it did not take steps to purge itself of suspect officials.

Prime Minister Algirdas Butkevičius said that once the new Government is approved after Grybauskaitė’s second-term inauguration on 12 July, all deputy ministers will be dismissed.

All suspect vice-ministers are stepping down in Lithuania, government officials said Tuesday.

Suspicious vice-ministers will not work in the renewed government, Lithuania's Social Democratic Prime...

Virginija Būdienė, Senior Advisor to the President on Education, Science, Culture and...