(4)
BNS
aA
A swastika shaped using soil appeared on the sidewalk close to the main entrance of the Jewish Community of Lithuania's building in central Vilnius on Sunday. 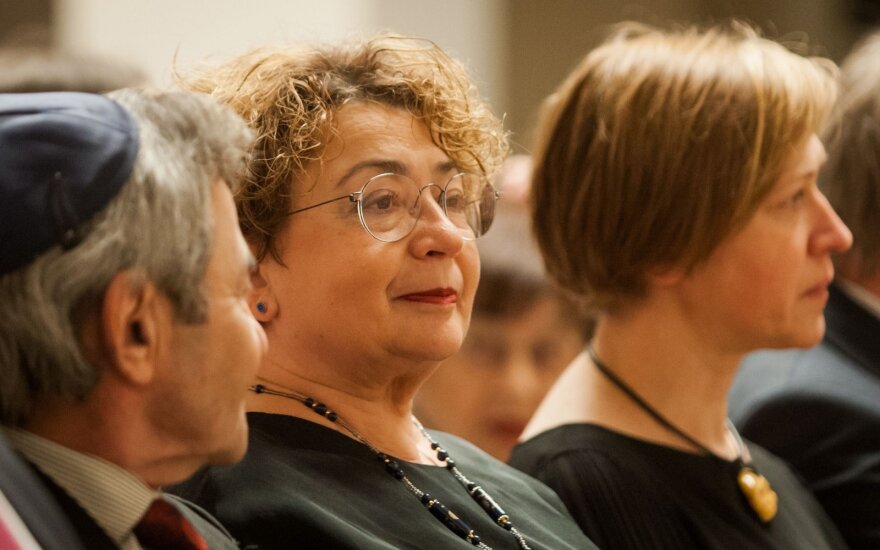 A photo showing the shape of a swastika formed using soil, and several flowers, was on Sunday shared on social media by the JCL as well.

Its chair Faina Kukliansky told BNS Lithuania on Sunday that such an incident that took place during the ongoing traditional Nations' Fair and a week before Lithuania marks its Day of Remembrance for Jewish Victims of Genocide in Lithuania was raising concern.

"We have not seen so clearly expressed anti-Semitism for a long time, having in mind all the circumstances, the Nation's Fair and the genocide commemoration," she said. "There were children inside our building and they were going to join the Nations' Fair. In other words, this is how we got congratulated with the Nations' Fair. The mood is dismal, I'm out of words."

The police has been informed about the incident, and the Jewish community plans to file an official complaint.

Kukliansky says she's missing the state's more responsible attitude towards protecting the Jewish community. She noted that such protection is in place in other countries.

"You just try entering any synagogue in a Western country during some festivity. You simply won't be allowed in as they don't know you. There's state protection everywhere. It all starts with small things and they evolve into big things and to ignore it is negligent," the JCL chairwoman said.

"It's a deplorable incident that needs a swift investigation. It’s completely non-natural for us, and really such incidents have not been characteristic of us and do not do us credit, and, of course, they need to be investigated as soon as possible and prevented," he told BNS Lithuania.

In early August, the JCL temporarily closed its headquarters and the Vilnius synagogue in response to threats. It was decided several days later to resume normal activity.

The Jewish Community of Lithuania said on Thursday announced it was reopening its headquarters and...