Virginija Spurytė, Šarūnas Černiauskas,
DELFI EN
aA
Sweden's armed forces keep their eyes on the tanker NS Concord that has been zig-zagging near the country's territorial waters for the last couple of days while the Swedes continue to search for what is suspected to be a Russian submarine spotted in Stockholm archipelago. NS Concord does not have a long history but she has already visited Klaipėda Port. 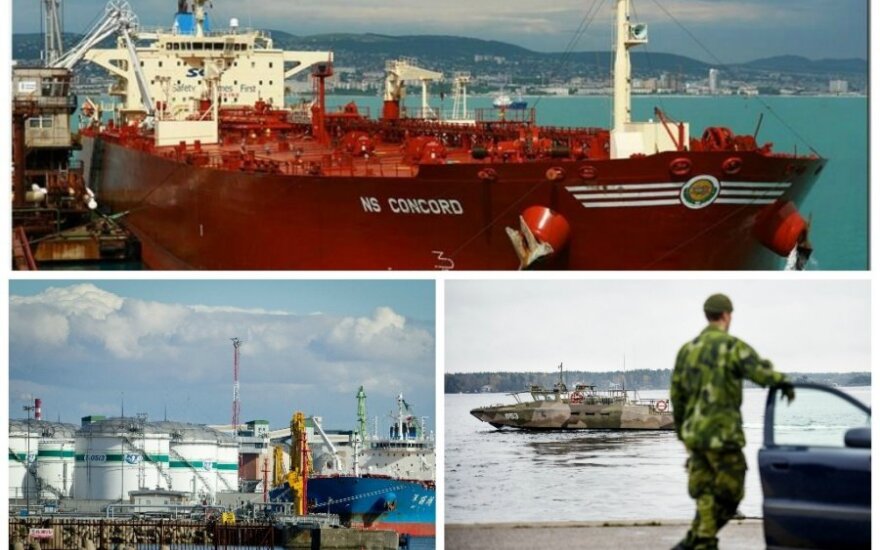 NS Concord docked at the Lithuanian port only once, but the visit was one to remember.

"When NS Concord docked at Klaipėda Port, the ship was, if you will, brand new," Dovilė Skabickaitė, spokeswoman for the Klaipėda State Seaport Authority, tells DELFI.

NS Concord was built and put into operation in 2005. On 13 September of that same year, she docked at Klaipėda Port, at the quay used by Klaipėdos Nafta (Klaipėda Oil), a company which is now in charge of Lithuania's key energy project, the LNG Terminal.

Over the three subsequent days, the 244-metre tanker was loaded with 60 thousand tons of oil products. It was a record-setting cargo for that year.

That was the only time that NS Concord sailed into Klaipėda. Just like today, the ship was sailing under the Liberian flag.

The ship that has caught the Swedes' attention is owned by the Russian company Novoship, which, in turn, belongs to Sovkonflot. The latter company has links to people in the close circles of Russian President Vladimir Putin, according to the Swedish daily Dagens Nyheter.

Sovkonflot is one of the biggest oil transportation companies in the world. Its president Sergey Frank is a former minister of transport of Russia, while his son is married to a daughter of one of Putin's close friends, Genady Timchenko. The latter is linked to another oil company, Gunvor, which was one of the first to be included in the Western sanctions list over Russia's policies in Ukraine.

Lithuania has stepped up vigilance as it is awaiting the arrival of the LNG ship-terminal,...

Minister of Energy Rokas Masiulis has said that the incident in the Swedish Baltic Sea waters, where...