Suspicions brought against Panevėžys mayor, 4 other persons in corruption case

BNS
aA
The mayor of the northern Lithuanian town of Panevėžys, Rytis Mykolas Račkauskas, was on Tuesday detained by the Lithuanian Special Investigation Service, alongside his advisor Gintarė Maskoliūnienė and three business representatives. 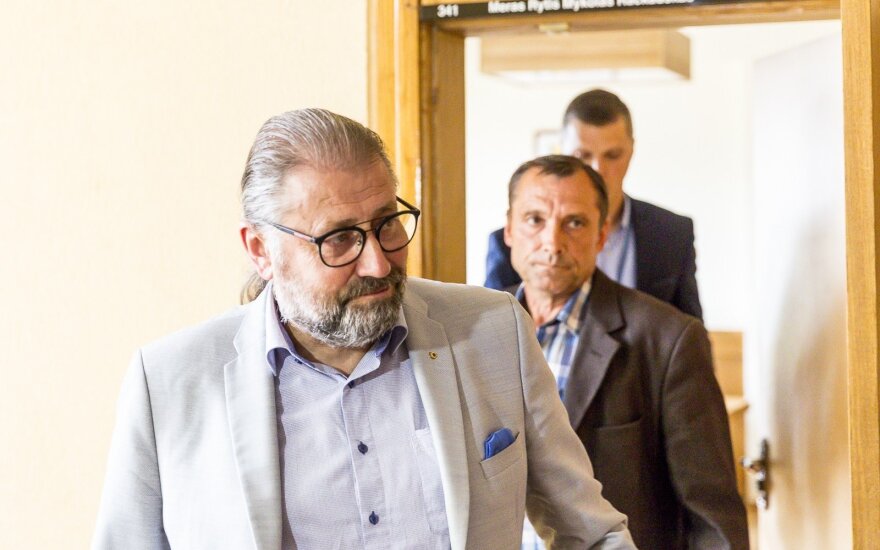 The STT suspects that municipal administration employees were given unlawful instructions to create favorable conditions for some companies to win public procurement contracts. It is suspected that bribes were offered for favorable decisions in the form of services.

"Evidence collected during the pre-trial investigation provide reasonable grounds to suspect that promised favorably decisions were also paid in bribes in the form of services," the service says.

Sources told BNS Lithuania the investigation focuses on public tenders linked to the planned construction of a 50-meter pool as well as undergrounds containers and the municipal marketing program.

Račkauskas ran in the municipal election on the list of the Kartu (Together) movement. Almost all members of the municipal council, including the mayor, have left the movement amid disagreements with its leader MP Povilas Urbšys.

The mayor of the northern Lithuanian town of Panevėžys was on Tuesday detained by the Lithuanian...

Opposition members of the municipal council in Lithuania's fifth-biggest city of Panevėžys have...

Political entities feared by the parties: questions on transparency and accountability