BNS
aA
The suspicions brought against the Liberal Movement and the Labor Party in the political corruption investigation mean cleansing of the political system, says Parliamentary Speaker Viktoras Pranckietis. 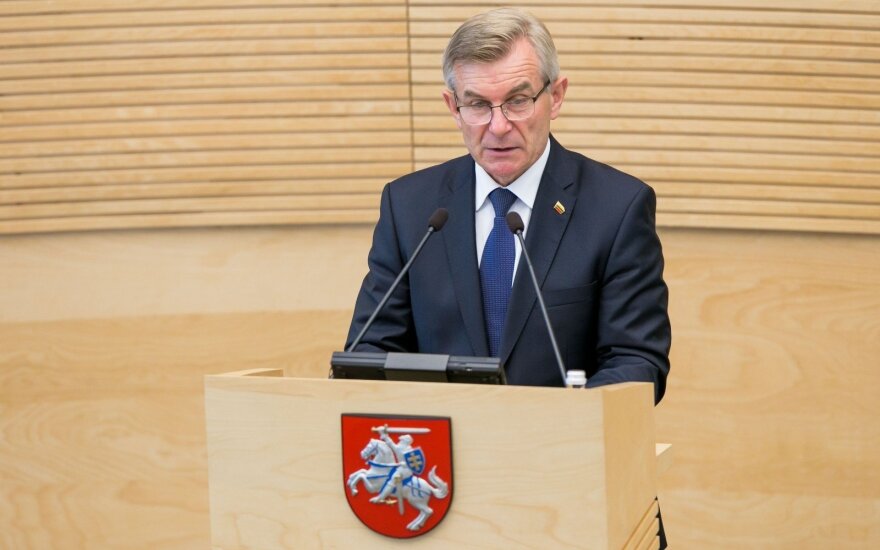 "The political system is demonstrating cleansing. And it is a good thing – the time has come when this moment came to the Seimas. It is normal that in such country we have this opportunity when things are not hidden but, quite the opposite, it is public. This is a good sign for a more transparent future," he told journalists on Friday.

Pranckietis emphasized that the ruling Farmers and Greens Union was in this context cautious about negotiations with other political groups on future cooperation, should the Social Democrats decide to leave the coalition.

"Bearing in mind that that vague operations of parties may be revealed, we have always been very cautious about a coalition of parties," he added.

The parliamentary speaker applauded the decision of Liberal MP Vitalijus Gailius to step down from the post of Anti-Corruption Commission chairman, expressing hope that the opposition would delegate a transparent individual to head the body.

Earlier on Friday, the Prosecutor General's Office brought suspicions against two parties represented in the parliament, the Liberal Movement and the Labor Party – in one of the largest cases of political corruption.

The Special Investigation Service said the Liberal Movement may have benefited by way of possibly unlawful operations of its former leader and 2012-2016 MP Eligijus Masiulis and the party's board member and MP Sarunas Gustainis.

According to the suspicions, Masiulis, acting in the party's interest, received a bribe of 106,000 euros in cash from MG Baltic vice-president Raimondas Kurlianskis for political decisions favorable to the concern, as well as took non-pecuniary bribes.

Gustainis is suspected of taking a bribe of 8,700 euros disguised as support to a public establishment organizing training for the party's members from Kurlianskis for political decisions that would benefit the concern.

The Labor Party is faced with suspicions due to actions of its former vice-chairman Vytautas Gapsys who held an MP mandate in the 2012-2016 term.