(1)
BNS
aA
The Lithuanian soldier detained on the suspicion of spying served in the Air Force Aviation Base in Šiauliai, which accommodates the NATO air policing mission, the base's commander Lieutenant Colonel Vidmantas Raklevičius confirmed on Wednesday. 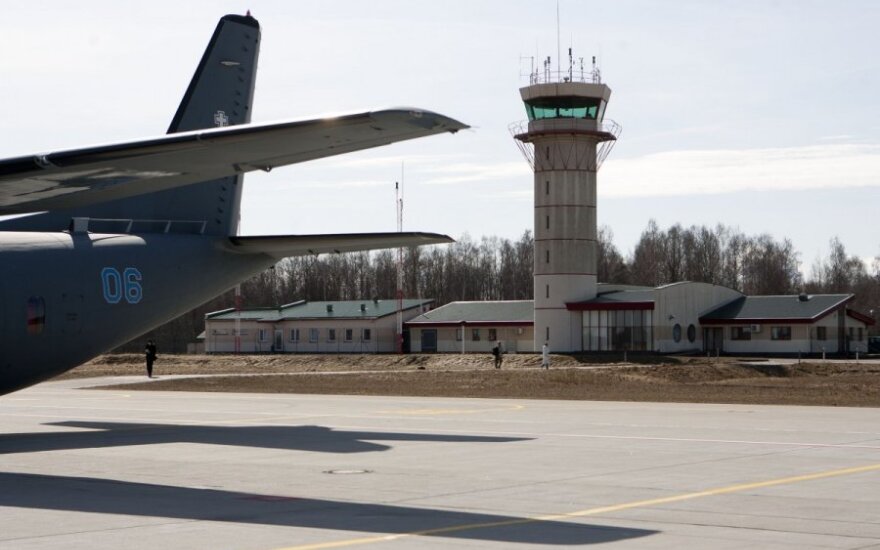 "Relevant services informed me about detention of a soldier of the base," Raklevičius told journalists in Šiauliai.

In his words, the detained person had served in the base for about a decade, his activities had to do with flight planning.

Earlier on Wednesday, the Prosecutor General's Office said that an officer of the Air Force who is suspected of providing a foreign country with information, including classified data. The person whom the officer supplied the information to is also in custody.

Prosecutors refused to reveal the identities of the detained individuals and the country they spied for.

"I am glad to see that our system and services are functional, leaving no chances for such operations. Anyone who attempt to gain or act against the state will be sent behind bars, just like these individuals who attempted to engage in such activities," the minister told journalists in Šiauliai, northern Lithuania.

"Security and defense are among the areas that are of the biggest interest to services of unfriendly countries, and this is exactly why we have stepped up our control and operations, therefore, anyone attempting to engage in such actively are caught by our services," the minister said after the NATO air-policing mission changeover ceremony.

This is the third case over the past two months when Lithuanian law-enforcement has reported about spying cases. Charges of spying for Belarus were recently brought against an army paramedic and a former employee of the state-run company Oro Navigacija (Air Navigation).

Russia, on its part, said earlier this month that it had a secret agent in Estonia's secret police for the past 15 years. Another Estonian officer has been in detention in Russia since September on spying charges. Tallinn maintains he was abducted from the Estonian territory.

Lithuanian prosecutors have detained several individuals suspected of spying for a foreign...