BNS
aA
Trust in Vilnius Mayor Remigijus Šimašius has dropped to the lowest level in his term, a new survey has revealed. 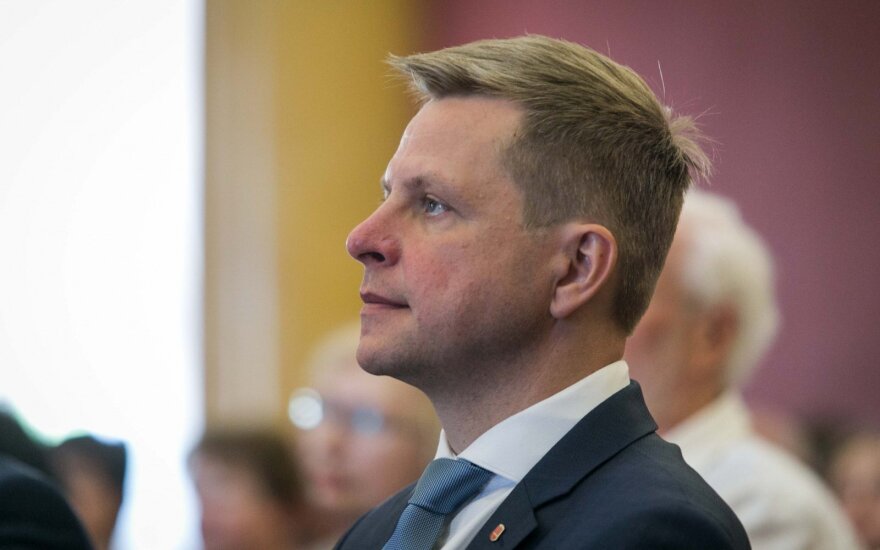 23 percent of people had a favorable opinion about Šimašius in July, compared to 26.3 percent in June. And the number of those having a negative opinion remained unchanged at 36.8 percent, the latest survey by Vilmorus for the Lietuvos Rytas daily, published on Saturday, shows.

"Šimašius has the lowest result in his term. He started his term very well, and now his popularity has dropped," Vilmorus director Vladas Gaidys told BNS Lithuania.

In his opinion, his failure to carry out some work might have had influence on the Vilnius mayor's popularity.

„Sometimes it happens so with mayors that not only completed work but also uncompleted work has impact. Besides, the word "liberal" is not the most popular today," the sociologist said.

Meanwhile, the top three has not changed in a month, as Kaunas Mayor Visvaldas Matijošaitis, President Dalia Grybauskaitė and Prime Minister Saulius Skvernelis remain the most popular politicians in Lithuania.

60.6 percent have a favorable opinion about Matijošaitis (58 percent in June), and 11.7 percent (13.5 percent) have an unfavorable one.

56.5 percent view the president favorably, and 24 percent don't. A month ago, the numbers were 55.2 and 26.8 percent respectively.

People in Lithuania traditionally have most trust in firefighters, the police and the army, and...

On Tuesday, June 12, the Mayor of Vilnius endorsed the growing Friendly City map project and the new...

Vilnius railway and bus stations will become a modern multifunctional transport hub in the future....