BNS EN
aA
Lithuanian MP Gintaras Steponavičius on Monday said he was suspending membership in the Liberal Movement after it turned out that he was questioned as a special witness in a probe of political corruption. 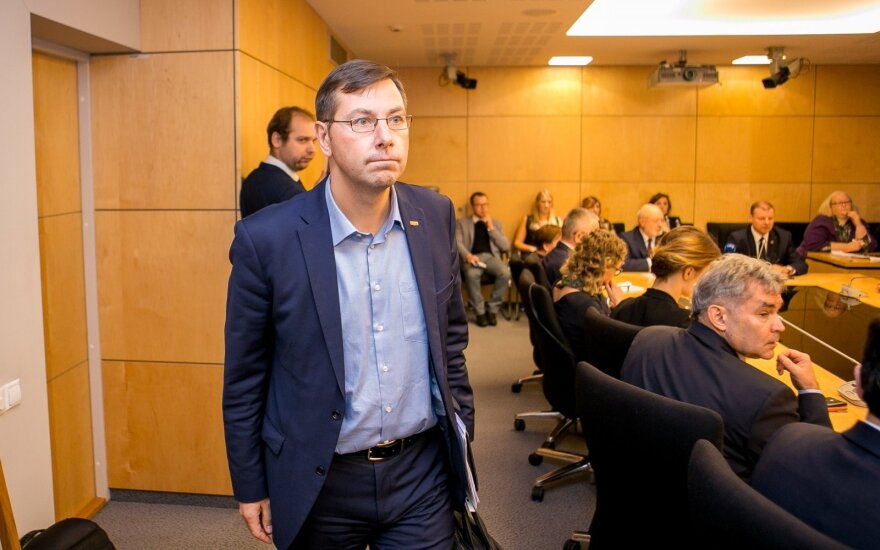 "In light of the current situation, I have decided to suspend membership in the Liberal Movement. I hope it is a short-term step, and the investigation does not take long. I hope for everyone's understanding. I am convinced that the story will make us all stronger and more unified," Steponavicius, deputy leader of the party's political group in the parliament, said in his Facebook feed.

"To me as a Liberal it is very sad that the story can affect the party, which has nothing to do with it. I am one of the founders of the Liberal Movement, therefore, the party is very dear to me," said the politician.

Steponavičius was questioned by prosecutors once in August, saying he was interrogated as witness.

Deputy Prosecutor General Žydrūnas Radisauskas confirmed to BNS on Saturday that Steponavičius' status in the case was special witness.

Under Lithuanian laws, special witnesses are persons when data about their complicity in a crime is insufficient for bringing suspicions against them.

Legal experts told BNS it was impossible to confuse your witness' status in an investigation.

Lithuanian prosecutors are currently conducting a probe where former MPs, including the Liberal Movement's former leader Eligijus Masiulis and one of the Labor Party's leaders Vytautas Gapšys, are suspected of accepting large bribes from MG Baltic concern vice-president in return for work that benefits the concern. The MG Baltic vice-president Raimundas Kurlianskis faces suspicions of bribery, influence peddling and unlawful possession of a state secret.

Six political parties cleared the 5 percent threshold to take part in the allocation of 70 seats in...

MP Mykolas Majauskas has suspended his membership in the conservative Homeland Union – Lithuanian...