Stationing of brigade in Baltic states will depend on political decision, Breedlove says

BNS
aA
The request made by the Baltic states to station a military brigade is currently being processed in the military sense, with the final decisions to be made by politicians, Commander US European Command and NATO Supreme Allied Commander Europe General Philip Breedlove said in Lithuania on Tuesday. 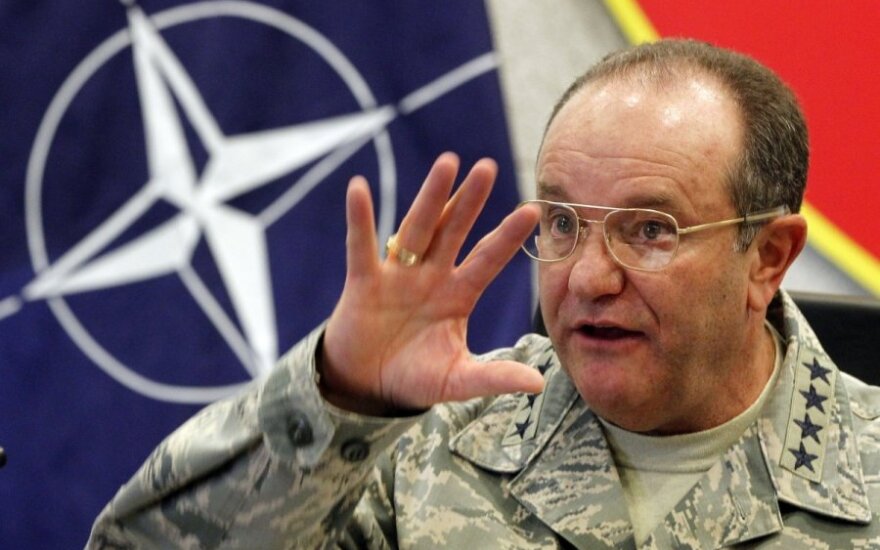 "We received this letter form your chief of defense and we are addressing those both in a military sence and in a political sense, then our political masters will have to address those questions as well. And we will in time announce the decisions that our political masters made," Breedlove told journalists at the Air Force Aviation Base in Šiauliai, northern Lithuania.

Asked whether the US Department of Defense's consideration to deploy heavy munitions in Lithuania, Latvia and Estonia has been coordinated with NATO, the US general said that it was in line with the agreements reached during the NATO Summit in Wales.

"The conclusions and the agreements that were made at Wales made this available to all nations, all of our senior-most leaders agreed that prepositioning equipment would be a part of our readiness action plan," he added.

US daily The New York Times said over the weekend that the US Department of Defense is considering deployment of heavy weaponry in Lithuania, Latvia and Estonia to supply a company of troops. Since 2014, the three countries are hosting US rotational units of approximately 150 soldiers each. Other Allies have been sending their troops for training to the Baltic states on a more frequent basis, however, this is not a regular practice.

Lithuania, Latvia and Estonia seek permanent deployment of a battalion-sized unit in each of the country so that they could form a brigade altogether as a deterrence measure in response to Russia's actions in the region.

Chiefs of defence of Lithuania, Latvia and Estonia have sent a letter to Commander of the US...