ELTA EN
aA
In its annual threat assessment for the year 2014, Lithuania's State Security Department (VSD) stresses that the country's security environment was most of all influenced by increasingly aggressive activities of Russian and Belarusian intelligence agencies, which were mainly triggered by Vilnius' principled stance in respect of the conflict in Ukraine. 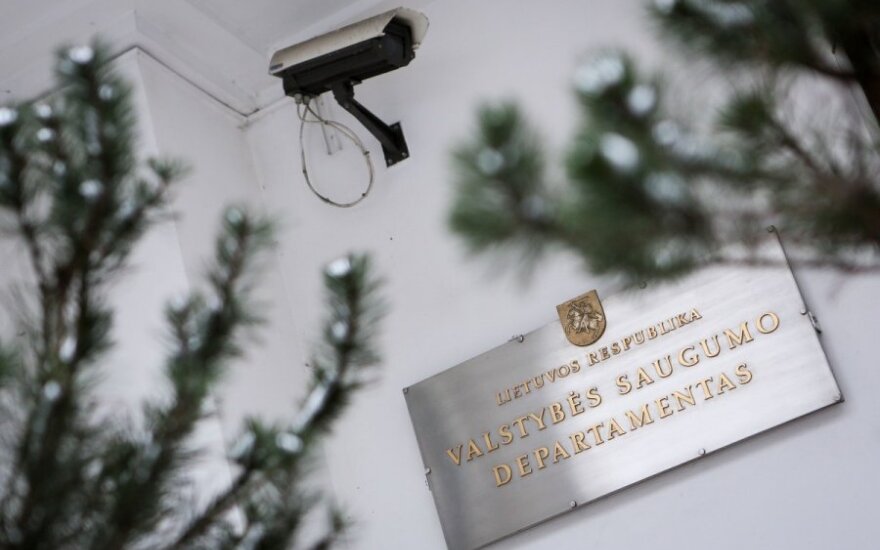 The VSD states that the ongoing information warfare, intelligence operations, and establishment of influence groups should be seen as the demonstration of Moscow's "soft power", however, these means could be potentially used to incite social unrest or to support the actions of persons hostile to Lithuania.

In the view of the VSD, such groups currently are too petty and without any external assistance they would not be capable of crippling the state's vitality and defence capabilities," the report said.

The document names collection of information on Lithuania's domestic and foreign policy, economy, energy projects, cooperation of Vilnius with NATO and the European Union as the key objectives of foreign intelligence services. The main hostile activities in Lithuania also include collection of classified information on national defence system, weaponry, and NATO's communication systems. Russian and Belarusian military intelligence agencies (GRU) show particular interest in these areas.

The Department notes that apart from conventional intelligence and recruitment activities Lithuania also saw a more intensive disinformation campaign from Russia, whose purpose is to disparage the image of Lithuania as a democratic state, also, to discredit its political and economic achievements, membership in NATO and the EU. Russian-speaking population of Lithuania is the most common target of such disinformation campaigns.

The VSD report's part on energy security highlights that last year the country witnessed considerable efforts of Russia to hinder the creation of independent gas market in the Baltic States. According to the Department, at the moment Russia finds it very important to secure energy independence in the Kaliningrad enclave and limit the gas transit to the region through Lithuania. In order to achieve this, it was decided to build a liquefied natural gas terminal and an underground gas storage facility in Kaliningrad.

In the medium-term outlook, Lithuania's energy security could also be affected by the nuclear power plant currently being built in Belarus, 20 kilometres from the border with Lithuania.

The document concludes that the threat of extremism and terrorism in Lithuania is not high and the conflict in Ukraine did not increase the popularity of radical ideologies in Lithuania.

Russian consul to Klaipėda was spy (1)

Russia's consul general to Klaipėda Vladimir Malygin was last year sent out of Lithuania as an agent...

Many Russian spies are operating in Lithuania, expert says

A lot of Russian spies are operating in Lithuania, so it’s likely that the recently-detained...