BNS
aA
MG Baltic vice-president Raimondas Kurlianskis, who has been detained on suspicions of influence peddling and bribing a politician, is also suspected of unlawful access to state secrets, prosecutors say. 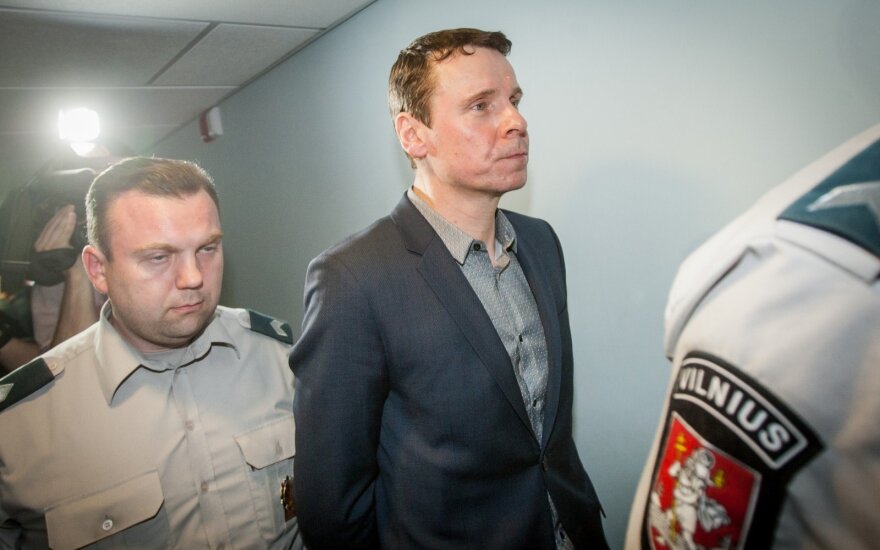 "He was notified of possession of things that contained a state secret," Justas Laučius, a prosecutor of the Prosecutor General's Office said, adding that Kurlianskis allegedly had letters from the State Security Department labelled as classified.

Prosecutors suspect the businessman acquired the documents in an unlawful manner. Laučius said being in possession of documents containing a state secret was a criminal offence in itself.

"New evidence of criminal deeds possibly committed by the individual has emerged," the prosecutor said.

On Monday, the Vilnius court is hearing a plea on the validity of the 20-day detention for Kurlianskis. Held behind closed doors, the hearing was attended by Kurlianskis, his lawyer and a prosecutor.

Kurlianskis' attorney Romualdas Mikliusas told journalists he still believed his client had been detained without due grounds. He said he had asked the court to release Kurlianskis on bail, take his passport or put him under house arrest instead.

The court is to pronounce its ruling on Tuesday. The ruling will be final and not subject to appeals.

Lithuanian law-enforcement are investigating suspicions that Kurlianskis may have paid a bribe of about €100,000 to Eligijus Masiulis, former MP and former leader of the opposition Liberal Movement. Kurlianskis was detained on May 12 for 20 days on charges of bribery and influence peddling. The businessman has pleaded not guilty.

Kurlianskis is the chairman of the management board at Laisvas ir Nepriklausomas Kanalas group, the operator of several TV channels, and at Alfa Media, the operator of the Alfa.lt news portal.

Eligijus Masiulis , who stepped down as the leader of Lithuania's Liberal Movement party in the...

How will scandal affect Liberals' voters and potential coalition partners?

Masiulis-gate a disaster for him, not Liberal party, say analysts

Šimašius distances himself from business group accused of bribing Masiulis

Acting Chairman of the Liberal Movement and Mayor of Vilnius Remigijus Šimašius is distancing...

Most of the media coverage of the investigation into and controversy surrounding the allegations...