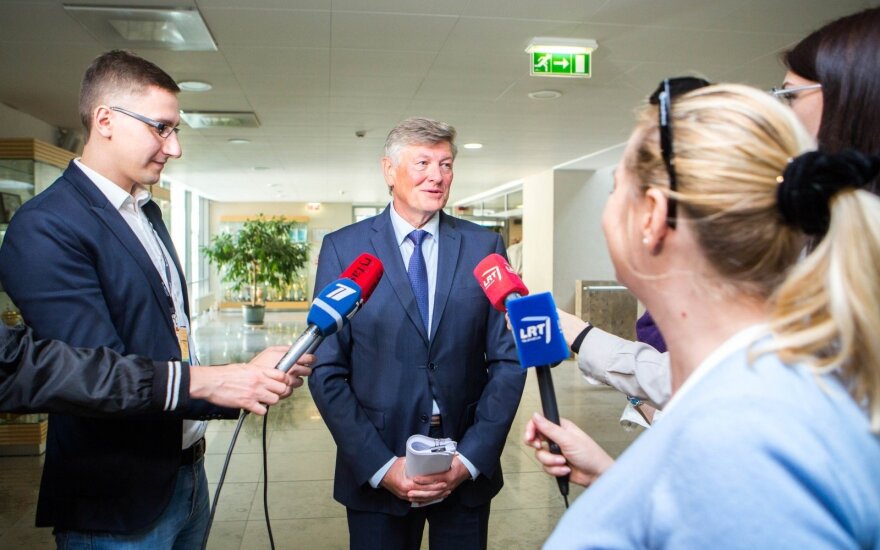 The package is yet to be approved by the government and the Seimas.

The State Defence Council gave its approval on Monday, September 19.

"The documents have been forwarded to the (parliament's) National Security and Defense Committee," Seimas Speaker Loreta Graužinienė told BNS on Friday.

Artūras Paulauskas, chairman of the committee, said that the updated strategy is to be approved by the government before it can be discussed by the parliament.

"It isn't very good that it will reach the Seimas in the last weeks (of the current term). We wanted the current Seimas to discuss and adopted this National Security Strategy," he told BNS.

In his words, the decision to review the strategy was made in light of changes in the security situation in the region. The last time it was updated was in 2012.

The updated strategy was drafted by a task group headed by Defence Minister Juozas Olekas.

In Paulauskas' words, the strategy aims to define and focus on key threats, including cyber and information security threats. Energy security is not as significant as it was four years ago as most of the key energy projects have been implemented.

Russia will militarise regardless of what NATO does - Lithuanian MP

Russia keep stepping up its military presence in Eastern Europe and will proceed with the plans...

After years of under-investment, a once-comatose Lithuanian army must now learn to walk again, and do...

Lithuania's parliament is opening discussions into the updated National Security Strategy , a...