BNS
aA
Lithuania's State Security Department on Wednesday strongly denied the information provided by an intelligence officer that it allegedly collected information on people who were part of then presidential candidate Gitanas Nauseda's circle and diplomat Vygaudas Usackas. 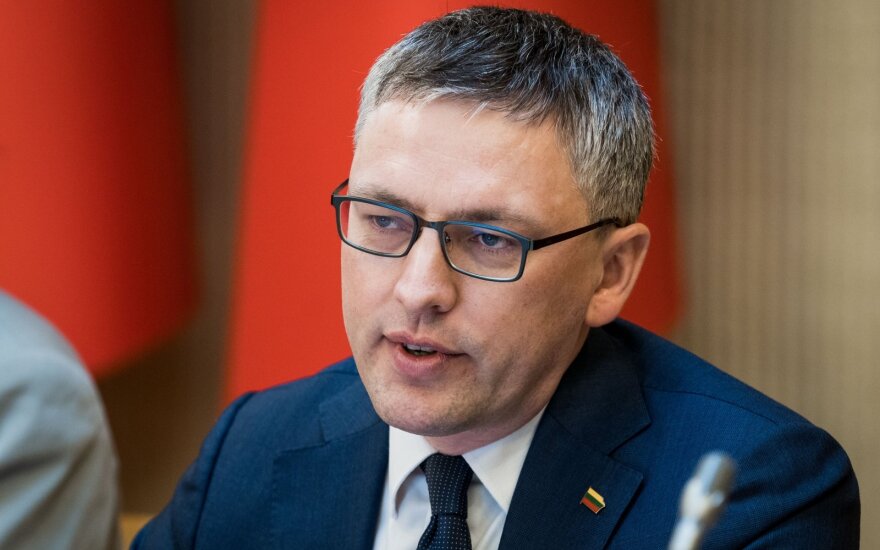 "We strongly deny the information that appeared in the media. The SSD definitely did not collect and provided any information on the mentioned persons," Aurelija Katkuviene, spokeswoman for the SSD, told BNS.

"The SSD's total activity is strictly regulated and is done under the existing laws. During the election, the SSD was tasked to monitor and assess foreign countries' influence on the election process," she said.

Katkuviene also paid attention to the fact that this information was checked by law enforcement and saw no crime.

"We have no doubt the Special Investigation Service and the prosecution service evaluated this information and it was refuted," the SSD spokeswoman said.

A high-ranking intelligence officer has informed representatives of the Lithuanian Seimas and law enforcement that intelligence, tasked by the State Security Department's leadership, collected information about people surrounding the then presidential candidate Gitanas Nauseda and diplomat Vygaudas Usackas, according to information received by BNS.

The officer provided this information to Vytautas Bakas, the then chairman of the parliamentary Committee on National Security and Defense, in April, 2019.

Bakas shared this information with th committee's members on Wednesday.