BNS
aA
A square outside the Russian Embassy in Vilnius, named after murdered Russian opposition leader Boris Nemtsov will be officially opened on Friday. 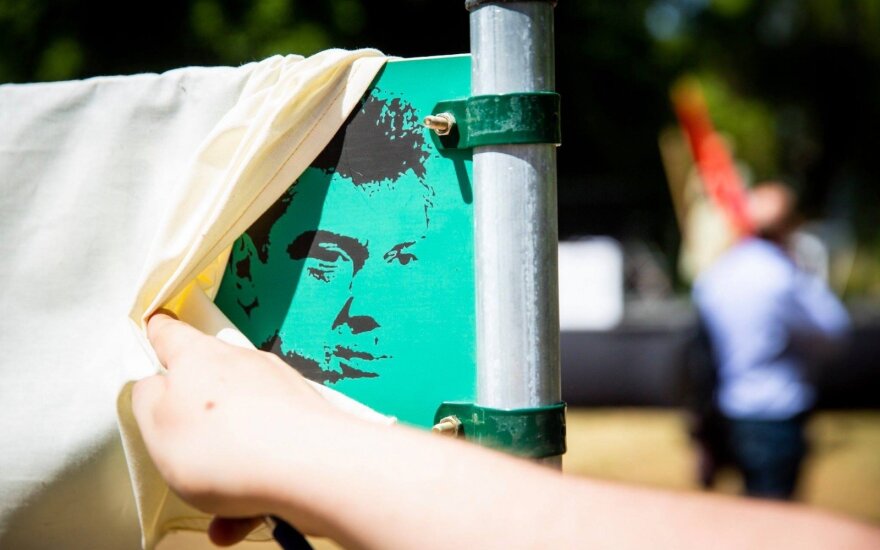 Vilnius is set to become a second city in the world where the memory of Nemtsov is honored after a strip of Wisconsin Avenue near the Russian Embassy in Washington was named after the late Russian opposition figure in late February.

"I think it’s a huge sign of respect for democracy, for people fighting for freedom, for that part of Russia which finds these common human and Western values acceptable," Vilnius Mayor Remigijus Šimašius told BNS Lithuania.

A small square in Žvėrynas area of Vilnius outside the Russian Embassy was named after Nemtsov in May, causing Russia's dissatisfaction. Russian Ambassador to Lithuanian Alexander Udaltsov then called the decision by Vilnius politicians "aping", following in the steps of Washington.

Nemtsov was shot dead on Feb. 27, 2015 in Moscow near the Kremlin. He visited Lithuania several times and was one of the most active supporters of Lithuanian during the January 13 events and later.

A square named after murdered Russian opposition leader Boris Nemtsov will be officially opened in...

Around 50 people on Wednesday marked the 10th anniversary of the Russian-Georgian war at the...

A small square outside the Russian embassy in Vilnius, named after murdered Russian opposition leader...