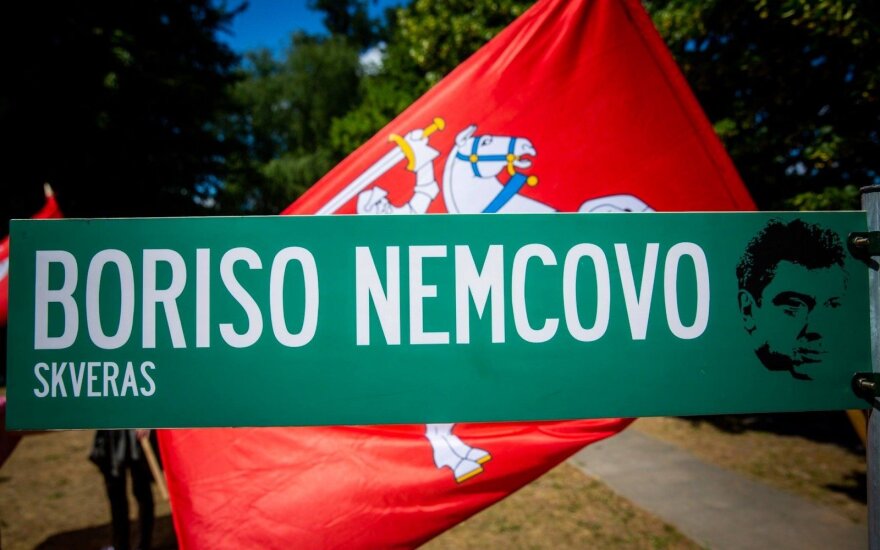 Šimašius says he values the fight of Nemtsov, Anna Politkovskaya and other murdered Russian democrats and journalists against Vladimir Putin's regime and underlined that their memory is worth honoring "in Vilnius, the outermost bastion of freedom in the east of Europe".

"The opening of Boris Nemtsov Square this year is a sign of respect for all Russian democrats and the half a million Moscow residents who turned to he streets to support Lithuania after Jan. 13, 1001," the Vilnius mayor told BNS Lithuania.

Vilnius is set to become a second city in the world where the memory of Nemtsov is honored after a strip of Wisconsin Avenue near the Russian Embassy in Washington was named after the late Russian opposition figure in late February.

A small square in Žvėrynas area of Vilnius outside the Russian Embassy was named after Nemtsov in May, causing Russia's dissatisfaction. Russian Ambassador to Lithuanian Alexander Udaltsov then called the decision by Vilnius politicians "aping", following in the steps of Washington.

Nemtsov was shot dead on Feb. 27, 2015 in Moscow near the Kremlin. He visited Lithuania several times and was one of the most active supporters of Lithuanian during the January 13 events and later.

Around 50 people on Wednesday marked the 10th anniversary of the Russian-Georgian war at the...

Emanuelis Zingeris , a Lithuanian lawmaker appointed by the Parliamentary Assembly of the Council of...

A public garden in front of the Russian embassy in Vilnius' Žvėrynas neighborhood has been named...