BNS
aA
Around 50 people on Wednesday marked the 10th anniversary of the Russian-Georgian war at the Russian Embassy in Vilnius. 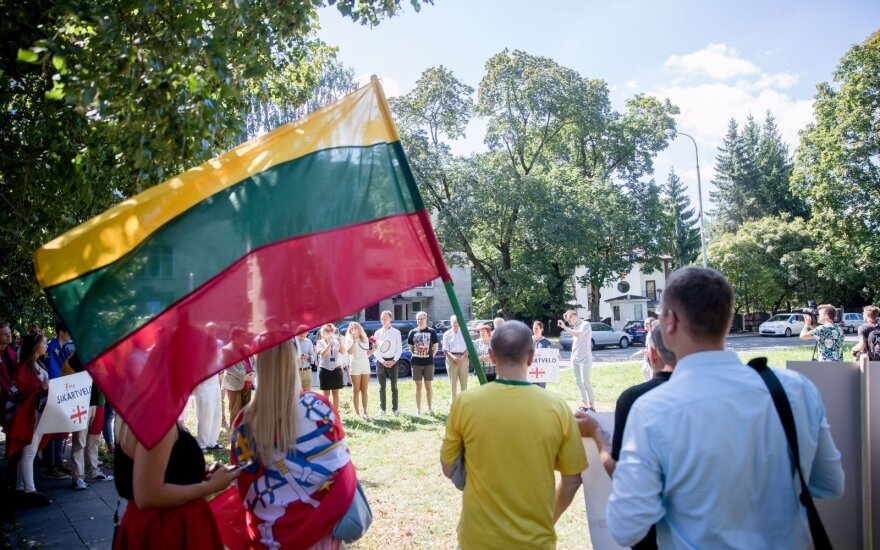 Hands off Georgia! in the front of the Russian embassy in Vilnius
© DELFI / Domantas Pipas

The rally took place in the square named after Boris Nemtsov, the Russian opposition leader killed in 2015.

Vytautas Landsbergis, the HU-LCD honorary chairman and Lithuania's first post-independence leader, says Russia "feels it has free hands" due to the absence of adequate reaction to the fact that Georgia lost part of its territory.

He called on the international community to "stop being afraid".

"The liberation of Lithuania started when people stopped being afraid," Landsbergis told journalists. "Calls to change the situation tomorrow are not real but they have a symbolic meaning as a reminder that injustice won't last forever. We believed for 50 years that injustice would not last forever. So ten years is not that much."

After the 2008 war, Moscow recognized the Georgian territories of South Ossetia and Abkhazia as independence countries after they declared their independence in the last century. Russia also permanently stations thousands of its troops in these territories.

The international community considers South Ossetia and Abkhazia to be occupied territories of Georgia.

A square named after murdered Russian opposition leader Boris Nemtsov will be officially opened in...

A square outside the Russian Embassy in Vilnius, named after murdered Russian opposition leader Boris...