BNS
Lithuania's ruling Social Democratic Party won the highest number of votes in the elections to local governments overall on Sunday, but are behind right-wing parties in the country's largest cities, according to preliminary election results published early on Monday. 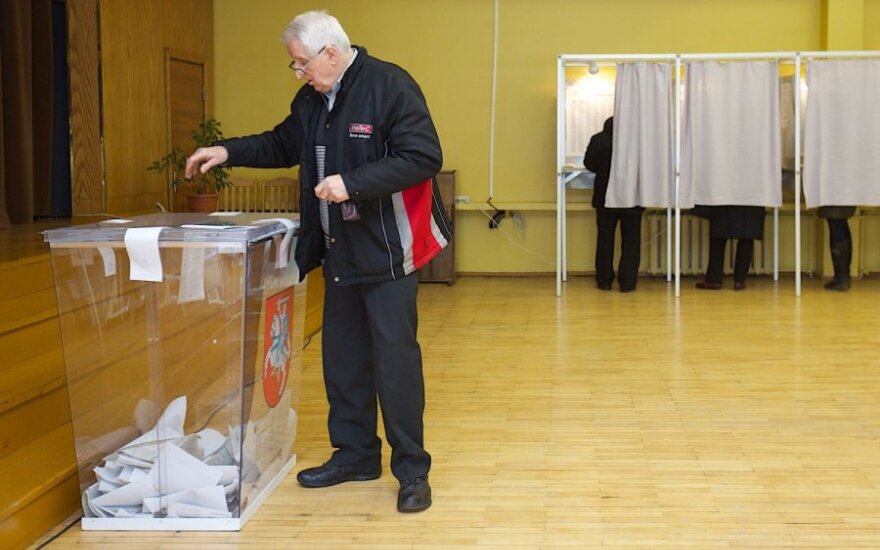 The Sunday's elections were unsuccessful to the smaller coalition partners, the Labour Party and the Order and Justice party, while the Lithuanian Peasant and Green Union, which currently holds no seats in parliament, gained stronger grounds.

Data from most of the polling stations show that the Social Democrats were supported by about 20 percent of the voters and were triumphant in direct mayoral elections in a third of municipalities. However, their candidates did not qualify for run-off voting in any of Lithuania's six largest cities.

“We view (the results) as being OK but, of course, there is little joy in the large cities,” the Social Democratic leader, Prime Minister Algirdas Butkevičius, told journalists early on Monday.

The Labour Party got about 9 percent of the vote across Lithuania, while the coalition of the Electoral Action of Poles in Lithuania and the Alliance of Russians received 8 percent, the Lithuanian Peasant and Green Union got 7 percent and the Order and Justice party was supported by 6 percent of all voters.

The first round of voting in direct mayoral elections was conclusive in about a third of the sixty municipalities, while the rest will hold run-off voting in two weeks, on 15 March. Among the country's largest cities, a winner was established in the 6th-largest city of Alytus only – former police chief Vytautas Grigaravičius won a landslide victory there, winning two thirds of the vote.

In Vilnius, Liberal MP Remigijus Šimašius is the leader and will have to vie with incumbent Mayor Artūras Zuokas in run-off voting.

In Kaunas, conservative candidate Andrius Kupčinskas running for re-election will have to compete with businessman Visvaldas Matijošaitis, while the run-off voting in the port city of Klaipėda will include incumbent mayor Vytautas Grubliauskas of the Liberal Movement and conservative MP Agnė Bilotaitė.

Voter turnout in the elections to local governments was 47 percent.

Conservative and liberal candidates to vie for parliament seat

Voters in one constituency in Vilnius were also electing a member of parliament on Sunday. In it, the two leading candidates to face each other in the run-off vote on 15 March are conservative Radvilė Morkūnaitė-Mikulėnienė and liberal Šarūnas Gustainis.

Morkūnaitė-Mikulenienė, a former MEP, was supported by 22.5 percent of the vote in Vilnius Žirmūnai constituency, while Gustainis, a business consultant, finished with 20 percent of the vote. The results were provided by the Central Eletoral Commission after calculating votes from 14 out of the total 18 polling stations.

A new MP has to be elected in Žirmūnai after Vytenis Povilas Andriukaitis of the Lithuanian Social Democratic Party was appointed to work in the European Commission.