Social Democratic Party's rebels exit after calls for expel them 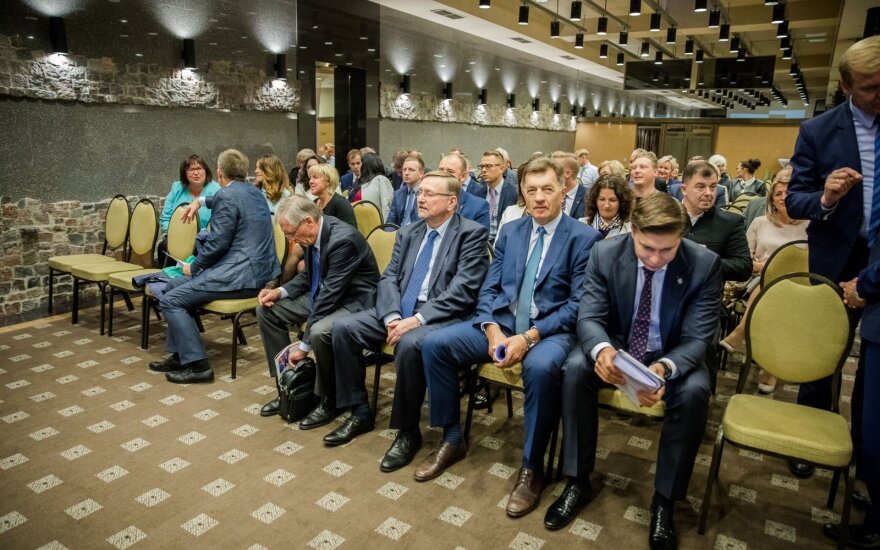 "A full stop should be made in the story of undermining the Social Democracy. We understand well that the ungrounded accusations we have faced from the party's current leadership and its instruction for our party fellows to expel us from the party could divide the Social Democratic Party. The party's leader, who sought to destroy the center-left coalition for reasons beyond our understanding, is now undermining the party and ruining our unity after failing to bring down the coalition. Amid full understanding of the consequences of the destructive actions of the leadership, we have decided to leave the party ourselves," the Social Democratic MPs said in a communique received by BNS.

The document was signed by Gediminas Kirkilas, Algirdas Butkevičius, Juozas Bernatonis, Rimantė Šalaševičiūtė, Irena Šiaulienė, Andrius Palionis, Artūras Skardžius and Rimantas Sinkevičius. There was no signature of Antanas Vinkus who had also disobeyed the decision of the party's council to leave the ruling coalition with the Farmers and Greens Union.

Vinkus was expelled from the party by the council on Saturday. Foreign Minister Linas Linkevičius had left the Social Democratic Party earlier in objection of the decision to pull out of the coalition.

The group, mainly including the party's veteran members and former leaders, say they had been wrongfully accused by violating the LSDP statute by forming a coalition with the LFGU.

Currently, the Social Democratic political group has 19 members, including 17 LSDP members and two members of the Labor Party that joined the group.

The Saturday's reshuffle will split the group into two – a ruling group of former Social Democrats and an opposition group consisting of LSDP members.

SocDems' leader Paluckas sees end of era but no drama

After eight long-standing and influential members left the Social Democratic Party on Saturday, the...

The Ethics and Procedures Commission of the Lithuanian Social Democratic Party on Saturday proposed...

The Lithuanian Social Democratic Party’s (LSDP) MPs who have opted to continue cooperation with...

Paluckas overestimates himself by speaking about new SocDem era - Girnius

The statements by the Lithuanian Social Democratic Party's leader Gintautas Paluckas about the end...

The Social Democrat manifesto for kindling