LT Daily, media brief
aA
Social Democrat MP Birutė Vėsaitė has shocked the prime minister and her party colleagues by posting comments on Facebook supporting Algirdas Paleckis and saying that the Left needed him, after he announced he was leaving the Socialist People‘s Front. 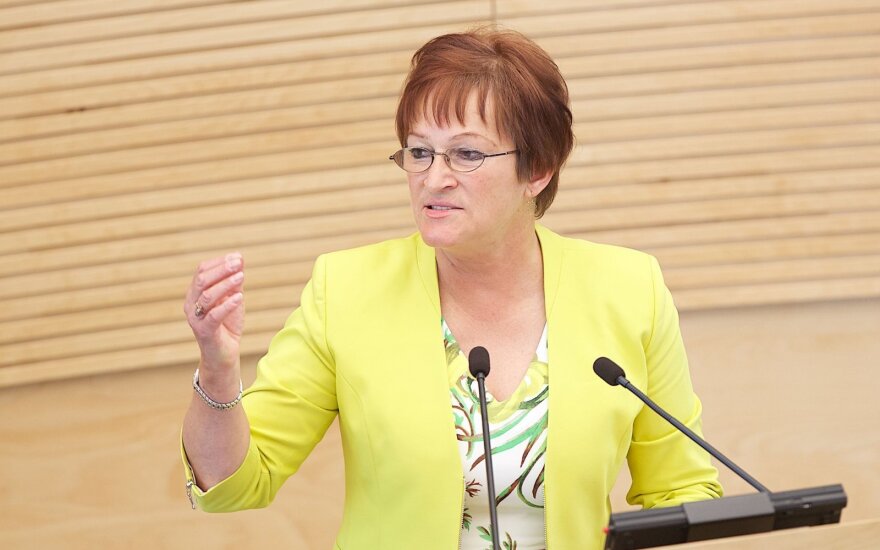 Social Democrat MP Birutė Vėsaitė posted a comment on Facebook saying that “It is definitely time for you, Algirdas, to return and strengthen the left wing,” after Paleckis announced he was leaving the Socialist People's Front to run as an independent in the upcoming elections,

“He was sworn to the left - on tax reforms, poverty reduction. But his remark about the January 13 is his biggest mistake and he probably admits it. This is his major mistake, but you should not suffer for it for your whole life,” said Vėsaitė, explaining what she meant by saying he was needed to strengthen the left wing.

The Social Democratic Party press centre issued a statement saying that Vėsaitė statement on Facebook on Algirdas Paleckis was her personal opinion.

Prime Minister Algirdas Butkevičius said he was shocked by his colleague‘s statement. He said it was “like thunder from a clear sky”.

The prime minister promised to raise the issue of Vėsaitė‘s statements with the party‘s leadership.

“It will be evaluated very carefully. At the party‘s executive meeting and the presidium,” he said.

Paleckis became infamous when he triggered indignation with a statement a number of years ago saying that on the January 13, 1991, Lithuanians themselves were shooting their compatriots rather than Soviet troops. Paleckis is also a frequent guest as a human rights expert on Russian TV propaganda programs.

Algirdas Paleckis , the founder and long-time member of the Socialist People's Front in Lithuania,...

The image of the controversial candidate to Seimas in the Vilnius Naujoji Vilnia district Algirdas...