BNS EN
aA
The Lithuanian Social Democratic Party (LSDP), the junior partner in the ruling coalition, will not support a parliamentary committee's conclusion that Mindaugas Bastys, a member of the LSDP political group in the Seimas, acted against the interests of the Lithuanian state by maintaining close and constant contacts with representatives of Russia's state nuclear energy corporation Rosatom. 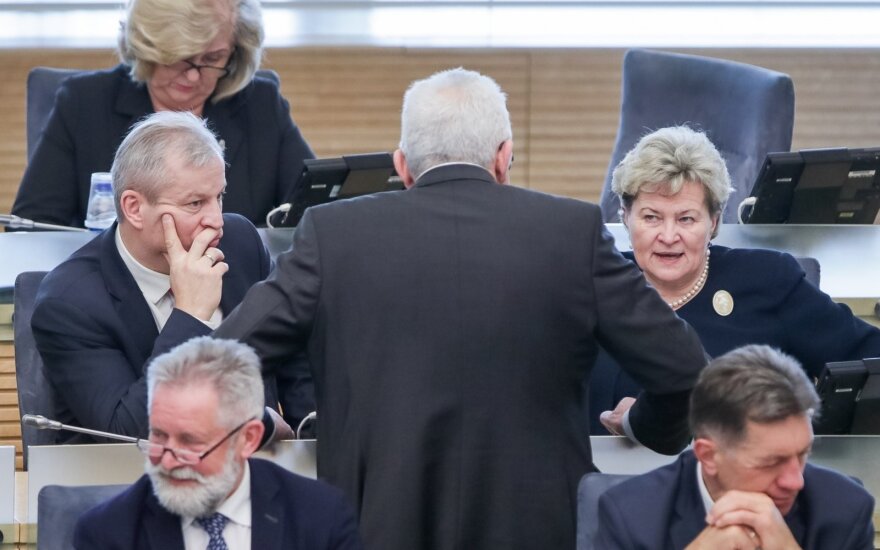 "The political group has decided that it will not approve of these conclusions, because they are basically based on assumptions. We maintain that no investigation was carried out, which resulted in making the conclusions that we cannot approve," Irena Šiaulienė, the LSDP group's head, told reporters on Tuesday.

Viktoras Pranckietis, the speaker of the Seimas, said that he had no doubts about the findings of the probe by the parliament's Committee on National Security and Defence.

Pranckietis, a member of the ruling Lithuanian Farmers and Greens Union (LFGU), said that he had asked the coalition partners Social Democrats to "think about the party's reputation".

In its conclusions that will be put to a vote in the parliament on Tuesday, the committee stated last week that that the lawmaker had acted against the state's interests.

The panel underlined that Bastys' "close ties to former and current officers of Russian intelligence and security agencies, journalists close to the Kremlin and former and current members of the underworld pose a threat to national security".

It also concluded that Bastys had acted as an intermediary for Rosatom and related companies and "sought to influence political processes and the top officials in Lithuania, who could change the geopolitical direction of Lithuania and cause damage to the Lithuanian state".

The parliament earlier this year initiated Bastys' impeachment, but a special commission set up for this purpose has suspended its investigation until the Committee on National Security and Defence finishes its probe.

Viktoras Pranckietis , the speaker of the Seimas, says that he will ask the State Security...

The Lithuanian Farmers and Greens Union , the largest party in the country's parliament, will...